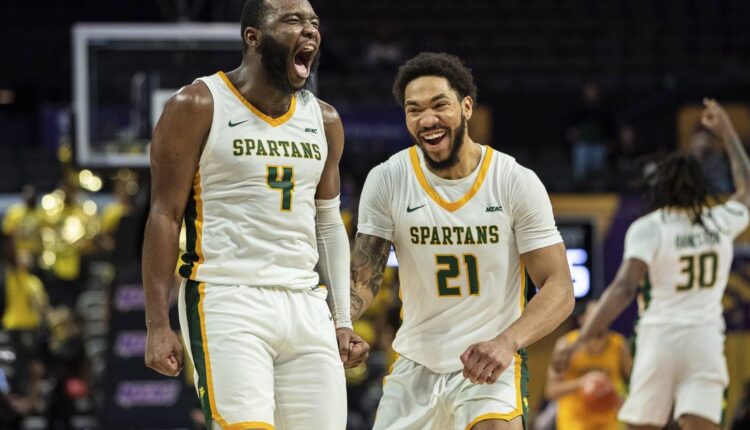 Bryant, a former Lake Taylor High star, was the MEAC Player of the Year and MEAC Tournament Most Outstanding Player. He ranked second in the league with 16.7 points per game.

Iosefa is batting .362 with a MEAC-high nine home runs and 40 RBIs for NSU, which is 31-21 heading into its conference tournament.

Virginia Wesleyan third baseman Julia Sinnett has been named the ODAC Player of the Year in softball, and she was one of six Marlins to make the all-conference teams.

The Marlins won their sixth straight ODAC title and 14th in program history. They will find out Monday where they will travel for the NCAA Regionals.

* William & Mary women’s tennis player Mila Saric was one of 64 players selected to the NCAA Singles Championship, which will be held May 23-28 in Urbana, Illinois. The top-ranked player in the CAA picked up one of 15 automatic bids at the event.

* The No. 2 seed Virginia Wesleyan men’s tennis team defeated No. 7 seed Roanoke College 5-0 in a quarterfinal match of the Old Dominion Athletic Conference Tournament. The Marlins will face No. 3 seed Hampden-Sydney in a semifinal Saturday at Washington & Lee University