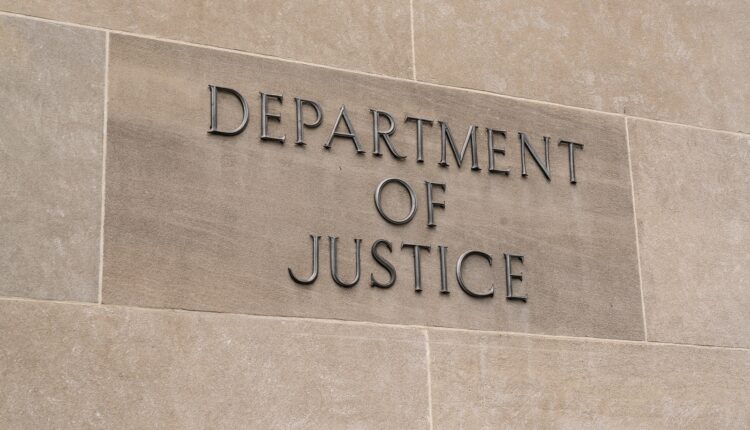 (STL.News) A Peoria, Illinois, woman, Keena Fauntleroy28, of the 2600 block of West Humboldt Street, pleaded guilty on May 11, 2022, to one count of making false statements in connection with the acquisition of firearms, commonly referred to as straw purchasing.

The false statements related to her purchase of firearms for her partner, Jarmarco O. Moore, 32, of the 1300 block of North Machin Ave., in Peoria, Illinois, who was prohibited from possessing firearms due to his status as a felon. Sentencing for Fauntleroy is scheduled for September 8, 2022, at the federal courthouse in Peoria.

Moore was previously sentenced on April 14, 2022, to 110 months in prison, to be followed by three years of supervised release, for possession of a firearm as a felon in connection with this case.

According to court, federal agents began investigating Fauntleroy’s alleged gun purchase history documents when two of the guns that Fauntleroy was reported to have purchased in 2019 were recovered during criminal investigations by the Peoria Police Department.

The investigation revealed that Fauntleroy had purchased ten guns between January 2019 and January 2021. On March 8, 2021, agents seized a 9mm handgun from Fauntleroy and approached Moore at his residence. While agents interviewed Moore at the front door of his home, police at the rear of the home saw a minor female exit the back door carrying a backpack.

During an interview with law enforcement, Moore stated that his DNA and fingerprints would likely be on any firearms that Fauntleroy had bought. Moore also admitted that he had accompanied Fauntleroy when she allegedly bought firearms at gun stores.

Fauntleroy was indicated in June of 2021. She remains on bond pending sentencing.

The statutory penalties for making a false statement during the purchase of a firearm are up to 10 years imprisonment, up to a $250,000 fine, and up to three years of supervised release.

Moore was indicated in June 2021 and released on bond to a third-party custodian. After violating his bond conditions, he was returned to custody in December 2021 and pleaded guilty that same month.

At Moore’s sentencing, US District Judge James E. Shadid found the sentence was intended to promote respect for the law, deter criminal conduct, and protect the public. Judge Shadid noted that Moore had committed a very dangerous offense involving a lot of handguns purchased over an extended period of time, some of which had been located on the streets during unrelated criminal investigations, and some that were still unaccounted for.

The statutory penalties for being a felon in possession of a firearm are up to 10 years imprisonment, up to a $250,000 fine, and up to three years of supervised release. Moore was also required to forfeit the handguns.

“We must make every effort to stop the flow of illegal guns in our communities and use our federal resources to prosecute individuals who unlawfully purchase and possess firearms,” ​​said Assistant US Attorney Ronald L. Hanna. “As always, we appreciate the cooperation and assistance of our local and federal law enforcement partners to help make our communities safer.”

The Bureau of Alcohol, Tobacco, Firearms and Explosives and the Peoria Police Department investigated the case. Assistant US Attorney Hanna represented the government in the prosecution.

The case against Moore was brought as part of The Department of Justice’s Project Safe Neighborhoods initiative. The Department’s renewed commitment to Project Safe Neighborhoods establishes four fundamental principles to guide efforts to reduce violent crime: 1) build trust and legitimacy within communities; 2) invest in community-based prevention and intervention programs; 3) target enforcement and priorities to focus resources on identifying, investigating, and prosecuting the most significant drivers of gun violence and other violent crime; and, 4) measure results with the goal to reduce the level of violence in our communities and not to increase the number of arrests and prosecutions as if they were ends in themselves.