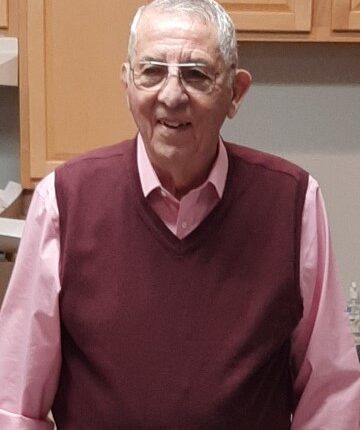 He was born November 15, 1929 in Springfield, Illinois to the late Walter Lloyd and Lois E. (Duggleby) Edwards. Allan married Joanne McClelland in 1961 and she preceded him in death in 1968. Allan then married Alyce Gissal Bull on December 13, 1969 in Alton, Illinois. After forty-seven years of marriage, she preceded him in death in January of 2017. He then married Joann Erma Johnson on October 20, 2018 at Green Tree in Mount Vernon, Illinois. She preceded him in death on April 25, 2020. Allan is survived by his daughters, Vickie L. Croteau and husband, Kevan of Florence, South Carolina and Cheryl A. Weaver and husband, Phillip of Champaign, Illinois; son, Michael A. Edwards and wife, Brenda of Keenes, Illinois; grandchildren, Joshua, Kevin, Kyle, Timothy, Jonathan, KyLee; and great-grandson, Jeremiah. In addition to his parents and wives, Allan was preceded in death by his son, Gregory W. Bull and sister, Marilyn Edwards. Allan proudly served his country in the United States Army from 1952 to 1954 as a Corporal. He worked as a lineman for Illinois Bell Telephone. Allan attended Southern Illinois University of Carbondale and graduated with his Bachelors in Business Administration. Once Allan graduated from college, he worked for Illinois Bell Telephone in the Business office. He later opened AA True Value Hardware Store in Mount Vernon. He was a Southern Illinois University of Carbondale Alumni Association Life Member. He was a thirty-second degree mason in the Springfield Masonic Lodge No. 4 and had been a member since 1951. Allan was also a member of the Ansar Shriners. He was a member of the Presbyterian Church and also attended Logan Street Baptist Church.

A Graveside Service will be held at a later date with Pastor Jesse Vineyard officiating. Memorial will be held at Rose Lawn Memorial Cemetery in Bethalto, Illinois. Call Hughey Funeral Home at 618-242-3348 or visit hugheyfh.com for further information.

Search for Waldo is on across downtown Rockford