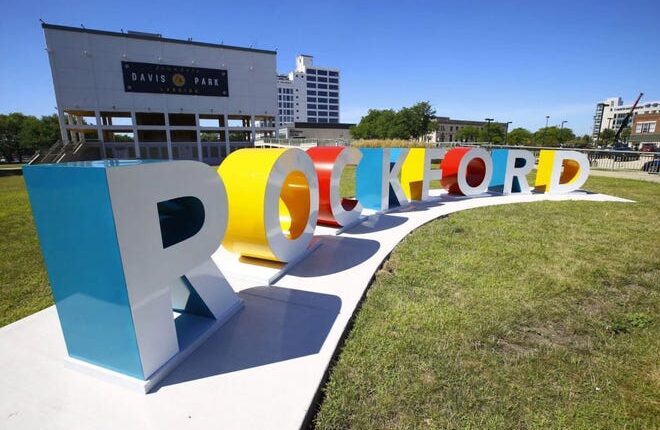 ROCKFORD — A more than $6 million master plan to revitalize Davis Park aims to transform an under-utilized asset into a central gathering point for fun, entertainment and relaxation in downtown Rockford.

City officials plan to augment nearly $3.6 million in state capital improvement funds earmarked for the Davis Park project with $2.5 million in local Redevelopment Fund proceeds. The money would be used to demolish the Lorden Building, fill any funding gaps and provide money to pay for any additional matching grants that can be acquired.

Although viewed as the first of what could be a multi-phase project, Rockford Mayor Tom McNamara said the planned improvements are meant to be able to stand as is.

“When you look at the assets we are bringing to it in just this first phase, it’s a big first step,” McNamara said. “Yes, there could be more phases to it, but if it took us time to get to those phases, it could certainly stand on its own.”

Among the planned projects in the first phase is an amphitheater with lawn seating, new restrooms, an urban beach, splash pad, permanent concrete skate park, playgrounds, landscaped areas and wetlands.

Created in 1989 with a $1 million donation from the Morris and Roberta Davis Trust, the 7-acre festival grounds is Rockford’s only city-owned park. It is programmed by the Rockford Area Venues & Entertainment Authority and maintained by the Rockford Park District.

Officials who believe the park has never quite lived up to its potential have for years debated a major renovation of the park located on the banks for the Rock River.

In addition to those phase one plans that will paid for primarily with $3.1 million in state funds, another $450,000 grant is bringing a new boat dock to Davis Park.

And although some historic preservationists are objecting, plans also call for the demolition of the Lorden building which officials say is too costly to redevelop and lacks historical architectural value.

Rockford plans to use Redevelopment Fund money — generated from a 1% tax on hotel stays, packaged liquor sales and restaurant bills earmarked for supporting downtown redevelopment and the BMO Harris Bank Center — to raze the building.

Rockford City Council on Monday voted to approve the plan.

Rockford Area Convention & Visitors Bureau CEO John Groh said the city needs a central park that is open and welcoming to people from across the city and region.

“When you look at successful central parks around the country, they have a variety of uses and attract a variety of audiences,” Groh said. “From amenities like concert stages and wide open grassy areas where you might do yoga or hip hop dancing to the beach or the splash pad and playgrounds and the skate park, we are trying to create a park that is designed and built at a high level and is appealing to a wide variety of audiences from across the entire community.”

A Rockford Register Star reporter since 2005, Jeff Kolkey writes about city government, politics, trends in the Rockford region and more. He is a Rockford resident, a married father of two and a White Sox fan. He can be reached at (815) 987-1374, via email at [email protected] and on Twitter @jeffkolkey.

After Wiping Out $6.7 Billion in Medical Debt, This Nonprofit Is Just Getting Started