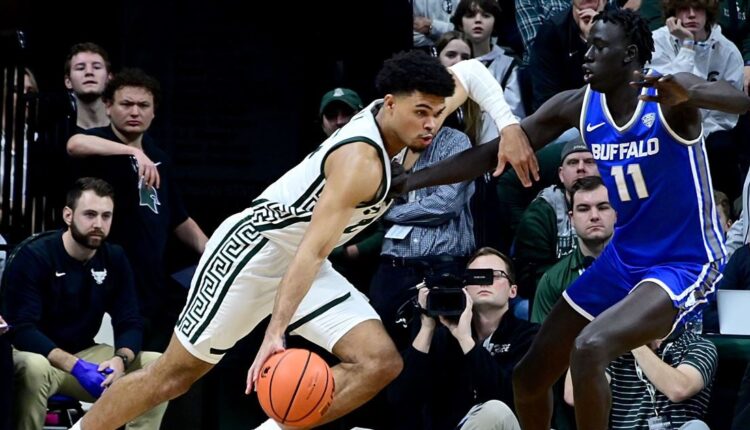 Michigan State will be in a familiar, yet uncomfortable, position for Monday afternoon’s matchup with No. 3 Purdue—playing without Malik Hall. The senior forward will not be available against the Boilermakers suffering an injury late in Friday’s loss at Illinois, MSU head coach Tom Izzo announced on MSU’s pre-game radio show.

“It looks like he’s gonna be out for a while, maybe a long while,” Izzo said.

Hall left MSU’s 75-66 loss to the Illini with 7 minutes, 26 seconds left and never returned. Izzo didn’t have any update on Hall’s status in the immediate aftermath in Champaign, Illinois.

Izzo on Monday said he expected to have more details on Hall’s outlook in the next 48 hours.

“The preliminary stuff did not look great. Just one of those bad breaks, and we’ll see what happens,” Izzo said.

The 6-foot-7 Hall is MSU’s unofficial captain, averaging 9.9 points and 4.1 rebounds per game. He’s also perhaps the Spartans’ most versatile player, with the ability to switch defensive assignments and defend four positions, and one of their best on-court communicators.

Tipoff against the Boilermakers is set for 2:30 pm FOX will air the game.

Get the latest info on Michigan State football, basketball, and recruiting sent straight to your inbox. Just enter your email address HERE to sign up for our free Spartans newsletter now!