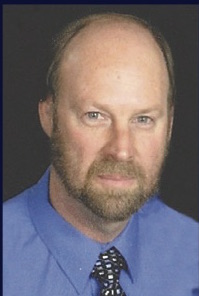 Arthur E. Carney was a Paulding County boy who served in World War 1 was born July 23, 1896 in Crane Township.

The son of Francis Marion and Elsie Mytle (Breece) Carney. Francis was born in March of 1854 in Indiana. Elsie was born in Ohio, March of 1880. Francis and Elsie were married September 25, 1895 in Paulding County. The Carney family was living on a farm in Crane Township in 1900.

The Carney’s had two children, Arthur and Edith. On October 23, 1903, the Carney’s were divorced in Washington, Michigan. Elsie met a fella named Andrew John Chapman, they were married December 24, 1902. I know, look at the dates of divorce and remarry, I just go off of records). Now Andrew, was divorced from his first wife August 3, 1901.

The Chapman’s welcomed a son, John Wesley Chapman, May 8, 1904. By 1910 they, plus Arthur and Edith, were living in Helena, Michigan. The children were in school, Edith a homemaker and Andrew was a foreman, working on the Railroad.

By 1917, Arthur had moved back to Paulding. Where on May 21, 1917, he had joined Company B. 2nd Ohio National Guard out of Paulding. He met and married, Della Mae Potts, born 1895. She was the daughter of Joseph and Alice R. (Tye) Potts, from Van Wert. Arthur and Della were married August 6, 1917 at Van Wert. February 16, 1918, a daughter, Edith Mae Carney was born to the proud parents, Arthur and Della.

On June 15, 1918, Arthur was promoted to private 1st Class, boarded the ship, Leviathon”, at Hoboken, New Jersey and headed for France. He was assigned to a Machine Gun Company, 145th Infantry. While in France, Arthur saw action in the Muese-Argonne Defensive Sector.

On September 20, 1918, Arthur was hit by a piece of shrapnel at about 10:30 am This took place near the town of Mont Faucon, during the Argonne Drive. According to Rec Cross Nurses account, Arthur was carried to a first aid station where his wounds were dressed. Just before he died he urged the Red Cross Nurses and expressed a desire to see his wife. He died on September 30, 1918 and was temporally buried on Avocourt Hill. Della Mae Carney and daughter Edith, were living in Section 34 of Crane Township with their parents when they received the news concerning the death of Arthur.

Cities Where People Spend the Least Time Getting to Work – 24/7 Wall St.