Mississippi State vs. Illinois by the numbers: ReliaQuest Bowl 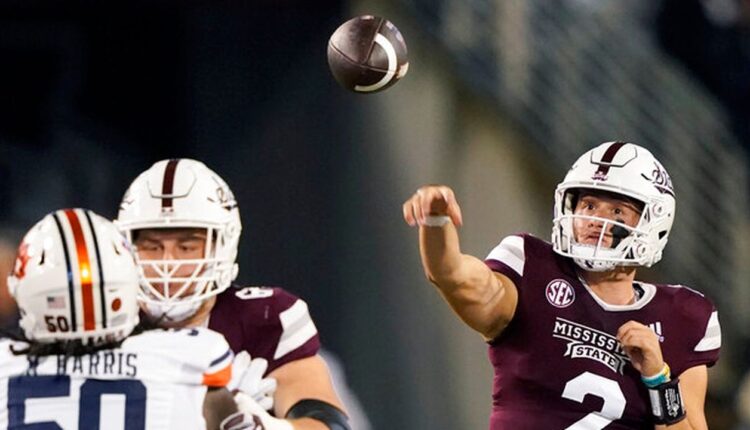 MORE SEC FOOTBALL BY THE NUMBERS:

1 team in the nation has allowed its opponents to complete less than one-half of their passes in 2022 entering the bowl season. The Illinois defense has allowed 183 completions on 370 passes – a completion rate of 49.5 percent. Illinois also is tied for the national lead for fewest TD passes allowed with eight. Opposing QBs have posted a combined passing-efficiency rating of 89.77 against the Illinois defense in 2022, the lowest in the nation entering the bowl season. Mississippi State QB Will Rogers have completed 68.2 percent of his passes in 2022. Rogers has completed 386-of-566 passes for 3,713 yards with 34 TDs and six interceptions.

2 Of the four SEC players with more than 100 tackles entering the bowl season are Mississippi State linebackers – Nathaniel Watson with a conference-leading 108 and Jett Johnson with 103.

3 Current Mississippi State players rank in the Bulldogs’ top nine of career receptions. RB Jo’quavious Marks is second with 188 receptions, WR Austin Williams is sixth with 148 and WR Jaden Walley is ninth with 136.

6 interceptions have been returned for TDs by Mississippi State CB Emmanuel Forbes, who set the NCAA FBS career record when he returned an interception 76 yards for a TD in a 56-7 victory over East Tennessee State on Nov. 19. Forbes had three interceptions -return TDs as a freshman in 2020 and has three this season. He also scored against Texas A&M on Oct. 1 and Kentucky on Oct. 15. Forbes had been tied for the national record of five career TD interception returns with Tennessee’s Jackie Walker (1969-1971), San Jose State’s Ken Thomas (1979-1982), California’s Deltha O’Neal (1996-1999) and Oklahoma State’s Darrent Williams (2001-2004). Forbes has six interceptions in 2022, tying the Mississippi State single-season record established by Bobby Bethune in 1960 and accomplished seven times since, including twice by Walt Harris.

10 consecutive victories for Mississippi State when it scores more than 21 points and six consecutive losses for MSU when it does not. The streak dates from the Bulldogs’ 31-28 loss to Arkansas on Nov. 6, 2021.

14 victories and 11 losses for Mississippi State in bowls. This will be the 13th straight season that has ended with a bowl for the Bulldogs, the longest streak in school history. MSU lost to Texas Tech 34-7 in the Liberty Bowl last season.

22 interceptions for the Illinois defense in 2022, the most in the nation entering the bowl season.

28 Consecutive Outback Bowls have matched teams from the SEC and Big Ten. The SEC leads the Big Ten 17-10 in the preceding games. Overall, the SEC is 19-13 in the bowl. The Big Ten is 13-20 overall. In last season’s Outback Bowl, Arkansas defeated Penn State 24-10.

32.3 yards per kickoff return average finished by Mississippi State WR Lideatrick Griffin in 2022, the best average in the nation entering the bowl season. Griffin has 613 yards and one TD on 19 kickoff returns. Illinois’ opponents averaged 19.5 yards on 26 kickoff returns in 2022.

65 starts for OT Alex Palczewski when the Illinois offense takes the field in the ReliaQuest Bowl. That will tie the Illini’s right tackle for the NCAA FBS record established by Appalachian State WR Thomas Hennigan from 2017 through 2021. Palczewski has started every game in 2022 after starting every game in 2018, 2019 and 2020, as well as 11 games in 2017 and four in 2020.

147 points have been scored against Illinois in 2022, the fewest in the nation. The Illini have limited their opponents to an average of 12.3 points per game and 14 TDs this season, both the lowest figures in the nation.

273 rushing attempts for Mississippi State in 2022, 39 fewer than any other team in the nation. Only Boston College has run for fewer yards than the Bulldogs, who have 946 rushing yards this season.

386 completions and 566 passes for Mississippi State QB Will Rogers in 2022, both the most in the nation entering the bowl season.

1,130 Career completions for Mississippi State QB Will Rogers, 209 more than any other player in SEC history. Rogers also holds the conference record for career passes with 1,595, the most in SEC history by 42.

1,653 yards and 10 TDs on 328 rushing attempts in 2022 by Illinois RB Chase Brown, who has opted out of the ReliaQuest Bowl. RB Reggie Love III is the only other Illinois player with more than 100 rushing yards this season. Love has 277 yards and two TDs on 59 carries.

FOR MORE OF AL.COM’S COVERAGE OF THE SEC, GO TO OUR SEC PAGE