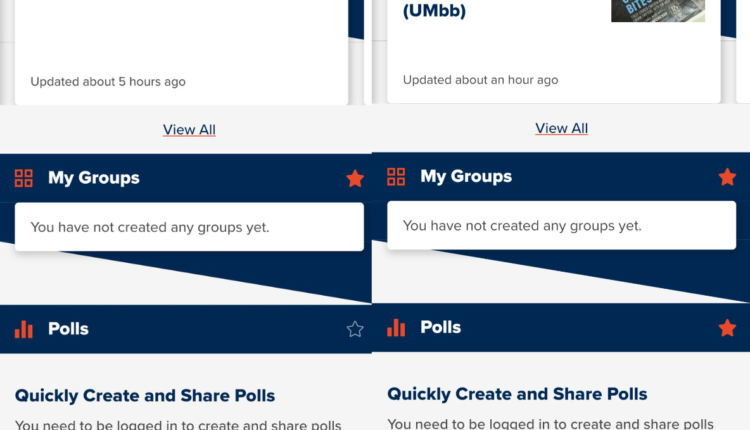 This brief yet draining window of transition time back to campus is equally resented and anticipated by the many students of Illinois. Jane Pak, junior at LAS, while preparing for the upcoming academic year, made a curious discovery when visiting the University’s Illinois app.

To Pak’s shock, as well as the many returning and new students of the University, proudly highlighted as the first of the app’s listed student groups were two simple, yet fascinating words: “ur mom.”

“I first heard about this from a friend in a group chat I’m in — I deleted the Illinois app for the summer,” Pak said. “I downloaded it the following morning and it was updated to ‘ur mom, but better.’ It’s so juvenile to see that on the app but simultaneously hilarious.”

Pak saw this anomaly as nothing more than a fun gag that helped get Illinois students excited for the new year. Although the identity of the creators of “ur mom” remains a mystery, the creators of its unaffiliated counterpart, “ur mom but better,” talked about how the group quickly gained traction as the top student group on the app.

Daniel Odicho, freshman in Engineering and a member of ur mom but better, spoke about the origin of the student group.

“The (UMbb) is currently the largest group in the Illinois app,” Odicho said. “It was inspired by the original group called ‘ur mom,’ but I figured I could one-up them, and in a sense of great inspiration ‘ur mom, but better’ was created.”

Odicho detailed how the group is all for fun, and how over 100 students have joined, finding friendship and comradery through the power of memes.

“Although it all started with a meme, I genuinely think if moved in the right direction, it could be a fun community,” Odicho said.

Cam Huynh, freshman in Engineering, is another member of the group. Huynh also gave insight into the positive nature and vibes found inside UMBB.

“Daniel started the UMBB group to mimic the original ‘ur mom’ group,” Huynh said. “People started to join, and it surprisingly boomed in numbers, and we were excited about that.”

With more excitement behind the rising numbers, they turned their efforts to the greater Illinois app community. Daniel even floated the possibility of merchandise to his peers.

“Daniel was so devoted to this little community that he started to contact the developers of the app to fix the flaws,” Huynh said. “Based on this fact, I believe that this group will be much bigger than just a troll group in the future.”

Whether one saw it as trolling students or daring innovators pushing the medium of comedy to new horizons, the development team behind the Illinois app, Rokwire, saw this unique situation unfold in real-time. The developers said it was a weird but positive sign of that the Illinois app is gaining strong student traction.

Joe Grohens. the communications director at Rokwire, shared his amusement with the student group.

“We think it’s great that people are being creative and playing with the features of the app,” Grohens said. “During a pilot test of (Illinois app) groups in the residence halls last semester, the students went wild with polls that were funny and also kind of deep, such as ‘Which comes first, cereal or milk?’”

Grohens further detailed the groups, as it was a highlight feature of “Illinois 4,” the updated version of the Illinois app that features various new abilities like the aforementioned groups section.

“Anyone with a NetID can create a group for friends or people of shared interests,” Grohens said. “Students use groups for projects, hobbies and people they live with. There is a chat space for messages and discussions. Groups also includes polls and events — an event announcement that you publish in the app can be seen by approximately 50,000 users.”

Bill Sullivan, director of the Smart, Healthy Communities Initiative that builds the Illinois app, spoke of the excitement for Illinois 4, mentioning the new customizable home screen that let users personalize the app to get the resources students care about right on top, including the WPGU and The Daily Illini as directly accessible media feeds.

“We’ll be adding many smart technology features over the next few months that support teaching and learning, as well as student health and wellness,” Sullivan said.