One of a kind – Chinadaily.com.cn 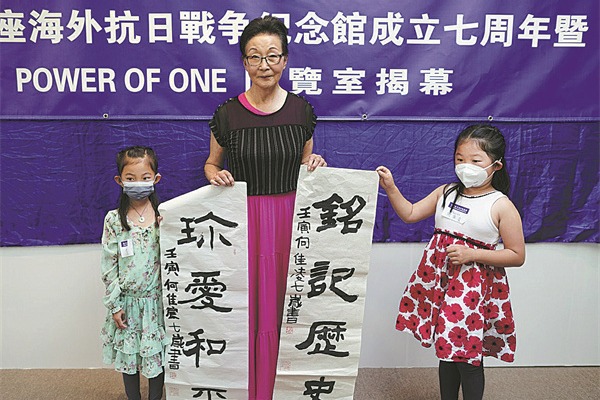 Born in 1968 to two university professors who immigrated to the United States from China, Iris Chang grew up hearing stories about the Nanjing Massacre. The Rape of Nanking was motivated, in part, by the stories of her own grandparents about their escape from the massacre.

Her book remained on The New York Times best-seller list for 10 weeks. Based on the book, a US documentary film, Nanking, was released in 2007.

Chang also wrote two other books documenting the experiences of Chinese and Chinese Americans in history. During her research for her fourth book, in 2004, at the age of 36, Chang took her own life after losing a battle with depression.

In 2017, her ancestral home, Huaian city in Jiangsu, built a memorial hall in tribute to her contributions in preserving a key chapter of Chinese history.

Chang spent her last days in San Jose, California, where a park bearing her name in honor of her contribution to the local, national and global community, was inaugurated in 2019. In the park stands a monument which bears Chang’s quote about the “power of one”.

“When Iris revisited her high school (Uni High at Champaign-Urbana, Illinois), she delivered this speech about the power of one,” Ying-Ying Chang, Iris’ mother, tells China Daily.

“One discovery can cure a disease, or spawn new technology that can benefit or annihilate the human race. You are one individual and can change millions of lives. Think big. Do not limit your vision, and do not ever compromise your dreams or ideals ,” she says, quoting her daughter’s speech.

Unraveling the Interplay of Omicron, Reinfections, and Long Covid