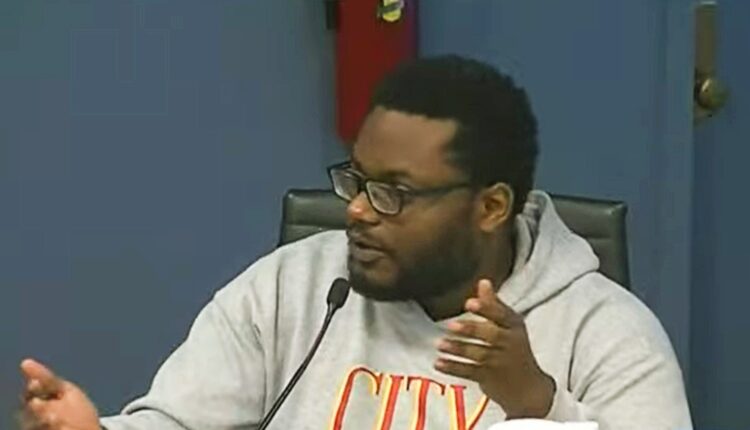 The repair was requested by Ald. Devon Reid (8th) who argued that attempts to enforce the ordinance could create “some legal exposure” for the city.

The committee voted 4-0 to advance the measure to the full City Council for action without any further discussion.

It shall be unlawful to write, print, manufacture, utter, circulate, distribute or possess with the intent to utter, circulate or distribute any newspaper, book, magazine, pamphlet, handbill, circular or other written or printed matter containing libelous, defamatory or inflammatory statements designed or intended to incite rioting or physical violence within the city. Evanston City Code 9-5-7 – Publications inciting riots or physical violence.

The ordinance, which has been on the city’s books since at least 1957, does not appear to square well with the landmark 1969 US Supreme Court decision in Brandenberg v. Ohio.

In that decision the court ruled that speech advocating illegal conduct is protected under the First Amendment unless the speech is likely to incite imminent lawless action. But the ordinance does not require that the incitement be “imminent.”

The ordinance — with its focus only on printed material — to the exclusion of speech in front of a crowd or material distributed by modern means of electronic communication — would also appear to be severely underinclusive of what forms of communication could be used today to incite a riot.

Evanston Now was unable to immediately locate any information about what initially prompted the adoption of the ordinance.

But the ordinance was most recently revised in 2011. Before that it read:

It shall be unlawful to write, print, manufacture, utter, circulate, distribute or possess with the intent to utter, circulate or distribute any newspaper, book, magazine, pamphlet, handbill, circular or other written or printed matter containing libelous, defamatory or inflammatory statements designed or intended to incite rioting or stir up racial or class hatred within the city. Evanston City Code 9-5-7 – Hate-inciting publications (pre 2011 version)

A memo from then Corporation counsel Grant Farrar said he was recommending the change “because language intended to cause racial or class hatred is protected under the first amendment.”

He added that “Language intended to incite imminent lawless action or violence is not protected speech.” But the key word “imminent” was not included in the revised ordinance.

Despite rock throwing and vandalism during a defund the police protest in Evanston on Halloween night in 2020, it does not appear that anyone has been charged recently under the inciting riots ordinance.

A federal law bars inciting a riot. And a Champaign, Illinois, man was convicted under that statute last year and sentenced to four years in prison for inciting a riot in that city in 2020.

In addition, a state statute bars mob action, although it doesn’t specifically address incitement. It makes engaging in mob action a felony and gathering with the intent to engage in such activity a misdemeanor.

Those penalties are far more severe than what could be imposed under the city ordinance.

In line with a general thrust by the City Council to provide city-level alternatives to state law violations that carry much more severe penalties and to shift more offenses from the Skokie district court to the city’s administrative adjudication process where they can be handled with restorative justice practices , it might seem appropriate to rewrite the ordinance to make it comply with court rulings rather than repeal it, but that’s not the course Reid and the committee are pursuing.