Portrait Of A Leader 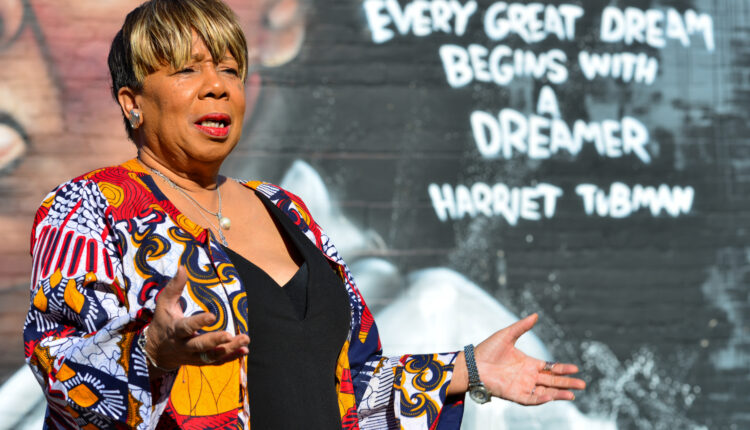 Mervin Brookins had been in prison for more than 20 years when he got the letter that changed his life.

It was signed by Betty Williams, the president of the Greater Sacramento NAACP. At the time, it was 2009 and she was in the fourth year of her presidency.

While Williams didn’t know Mervin personally, his brother Robert had reached out asking her to write the parole board, which had denied him three times over the previous six years.

“It’s not easy getting a person out of prison,” Williams said. “But I didn’t know how powerful the NAACP was until I got the call saying: We have a date.”

When Williams called Robert with the good news, he was in disbelief.

But Robert, a nationally acclaimed musician, wouldn’t live to see his brother walk free. He passed away suddenly just months ahead of his brother’s release on Thanksgiving day 2009. Shortly after his passing, Robert had a local park named in his honor.

Williams still remembers the joy in that last phone call.

“Just to hear his voice on the other end was a major victory,” Williams said.

Mervin Brookins went on to found Brother 2 Brother, a nonprofit that helps formerly incarcerated men reenter society. Brookins said the organization also has been contracted by the city to address gang violence.

He has stayed in contact with Williams, who has helped him along the way. 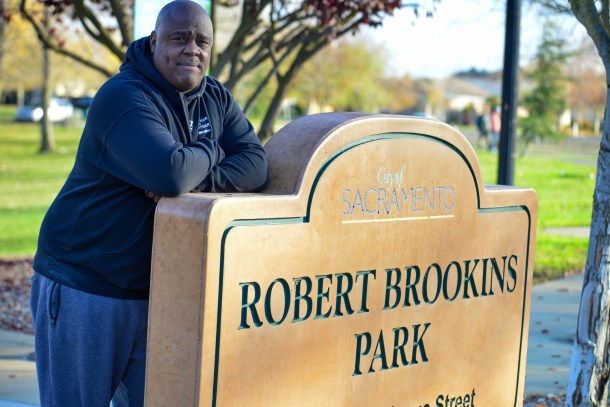 Mervin Brookins pictured at Robert Brookins Park, named for his brother who died just months before his scheduled Fall 2009 release. He spent 21 years behind bars before a letter penned by Williams helped him get parole. “Anyone I’ve been able to impact is only because she provided that opportunity to me,” he says. Verbal Adam, OBSERVER

“It’s hard to get people out of prison, but it’s even harder to get prison out of people. Betty does both,” said Brookins, 56. “Anyone I’ve been able to impact is only because she provided that opportunity to me. It’s a ripple effect and she will never know the impact she’s had on so many people.”

More than a decade later, Williams’ reputation continues to precede her.

“I walk into the room with no intimidations, but with expectations that you will listen to me,” said Williams, 65. “I go in to advocate and get action for my community. Out of that, my hope is that we build a relationship to continue doing that.”

The National Association for the Advancement of Colored People, better known as the NAACP, is one of the longest-running civil rights organizations in the country. Since 1909, the nonprofit has fought for policy change, education access, and the end to racial violence. Names like WEB DuBois, Ida B. Wells, and Thurgood Marshall are among great NAACP leaders.

But in Sacramento, it’s the name “Betty” that holds clout.

Williams’ name is etched into history as the longest-serving president of the Greater Sacramento NAACP, holding the title 14 of the last 18 years. The lifelong civil rights advocate was first elected in 2004, hitting the ground running by establishing a legal redress committee, which has played a key role in the branch’s advocacy work.

She ran unopposed for reelection Nov. 12, committing to another two years of unpaid service. She plans to continue laying the foundation to support the future of the local branch.

David DeLuz preceded Williams as head of the branch, serving as president from 2002-2004. When asked why no one ran against Williams, he said she has a “strong track record.”

“She has a name brand that has a lot of support among the regular members of the organization,” DeLuz said. “The fact is she’s dedicated a big chunk of her life to providing this level of leadership.”

Williams has been front and center on some of the 21st century’s most important civil rights issues. She helped nearly 40 Black Sacramentans get $20,000 forgivable home loans during the 2008 economic downturn; called for the indictment of the Sacramento Police Department following the killing of Stephon Clark in 2018; fought for testing in Black communities during the COVID-19 pandemic; and called out Sacramento City Unified School District as the “suspension capital.”

While Williams’ presidency may seem like a high-profile job, it’s not actually her job. Her work with the NAACP is unpaid. Per national bylaws, local branch presidents and the executive committee seats are volunteer positions. 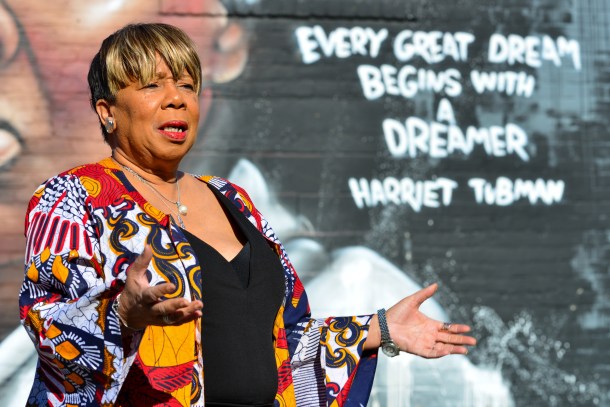 Betty Williams has made history as the longest-serving president of the Greater Sacramento NAACP. She said her passion drives her. “Come in with your passion and that’s how you will grow, and stay, and love,” she says. Verbal Adam, OBSERVER

When she’s not speaking out against injustice, she pays her bills by running 1Solution, her outreach and staffing firm.

When asked what drives her to keep working with the NAACP, she cited the discrimination her three sons faced at the hands of the education system and law enforcement. She said stopping this discrimination is her “passion.”

“It’s just that passion and that anguish that you don’t want anybody to go through that, ever,” she said. “The racism we used to deal with was hooded and now we’re dealing with the unhooded; they’re in your face and racist to you.”

Williams is a lifelong civil rights advocate. She cut her teeth on advocacy while growing up in Champaign-Urbana, Illinois. 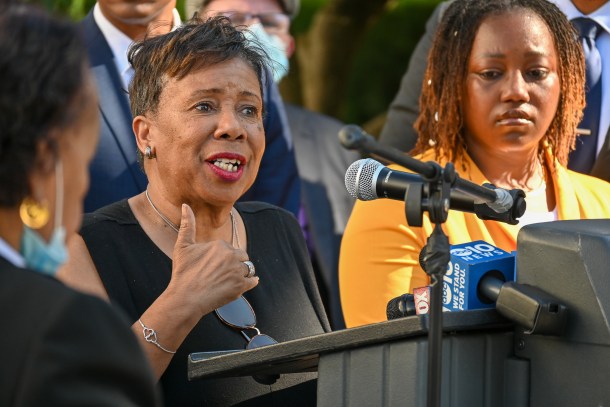 The year was 1973 and 16-year-old Williams refused to let her algebra teacher kick her out of class.

“You’ve kicked out every Black child in here — I’m not giving you the dignity of kicking me out,” she remembers saying.

The teacher had used the “attitude and disrespect card” to remove other Black students from the college-required course.

“When we asked a question, he received it as disrespect and attitude,” Williams said. “But a White person would ask the same question, in the same manner, and he treated them totally differently.”

Williams’ words left an impression and the teacher later had a change of heart. He apologized to her, saying he didn’t realize he’d targeted the Black students.

“That teacher learned something,” Williams said. “We didn’t hear about folks being kicked out of his class after that.”

Williams continued to be an outspoken education advocate well into adulthood.

In the early aughts she caught the attention of Alice Huffman, the then-president of the California Hawaii State Conference NAACP, after making noise about Elk Grove Unified School District’s disproportionate suspensions of Black boys.

Huffman called Williams, inviting her to run for president of the local branch.

“There are certain characteristics you look for in people,” Huffman said. “She was open, but she was always decisive. And she didn’t mind changing if she found out she was wrong.”

Williams considers Huffman her mentor. She said the longtime NAACP leader taught her how to write grants. She remembered receiving a $500 grant early in her presidency, after which Huffman challenged Williams to consider a greater vision.

“In the beginning, I had no clue,” Williams said. “She took the time to show me [how to write grants] and we went after it again. The next time I got $5,000. And then I just got better at it.”

She expects her fundraising dollars to reach seven figures by the end of this year. She’s now teaching others to write grants via a special projects committee.

Financial and operational stability set Sacramento apart from other branches.

“There’s a lot of branches that don’t have an office and a live person that answers the phone,” Williams said. “We have a viable website that works 24/7 so you can put complaints on there and live folks will review them with attorneys.”

The attorneys are a large part of the branch’s legal redress clinic, which was founded by Williams and is chaired by attorney Justin L. Ward. The local branch works with attorneys daily to triage reports of police brutality, employment discrimination, education complaints and more.

One of Williams’ priorities in the next few years is to cultivate the next generation of NAACP leadership. She is working to grow its youth and college division, which serves ages 12-24.

Jaleel Baker was just 17 when he first walked into the local branch’s monthly membership meeting in 2015. He had an earnest desire to get involved, asking Williams what he could do to support. 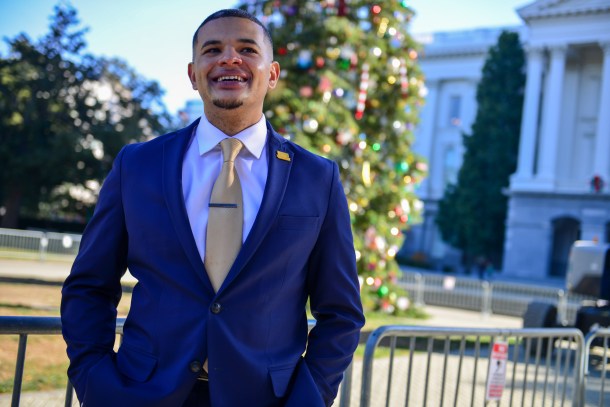 Jaleel Baker, 24, has been with the Greater Sacramento NAACP’s Youth Council since 2017. He will soon age out of the youth and college division, but has no intention of parting ways with the organization. “The NAACP are policy warriors in a lot of ways and Betty is a huge testament to that in Sacramento,” he says. Verbal Adam, OBSERVER

“A lot of times meetings can be fairly procedural, but Madam President always found a way to excite members about recent victories or upcoming events,” Baker said. “And when I had a close conversation with her, I felt empowered. She made me feel like I could do it.”

At the time, the local branch didn’t have an active youth and college division, but Baker said Williams helped him revive the youth council, which peaked at 60 when he served as president in 2021.

That year, Baker and about eight other youth spoke against the possible jail expansion at the Sacramento County Board of Supervisors meeting in March 2021.

For some of the young activists, “It was their first time speaking at a public meeting, so we had to teach them to speak out,” Baker, 24, said. “We wanted to make sure youth activists felt seen and heard.”

Baker will soon age out of the youth and college division but he has “no intention of parting ways with the NAACP.”

“The NAACP is a force to be reckoned with,” Baker said. “I have all the intention of reestablishing the integrity of our brand and our prominence in Sacramento.”

There’s only one requirement, Williams said, and that’s “passion.”

“Come in with your passion and that’s how you will grow, and stay, and love,” Williams said. “I came in with my passion to fight the educational system and I grew into everything else.”

Williams also hopes to find the branch a permanent home, expand the staff of paid employees, grow the legal team by providing a grant for the attorneys and engage local churches as a space for coalition building.

But she already has done a lot — so much so that Brookins, who she helped get out of prison, called her impact “generational.”

“Betty is willing to reach into one of the darkest places and be that ladder to somebody,” Brookins said. “I could go on and on because it takes me back to that place where there is no light, just darkness. And Betty was that light.”

The 4 Best Engineering Stocks to Invest In Right Now: A Comprehensive Guide