Reproductive rights protest only the beginning for Champaign County 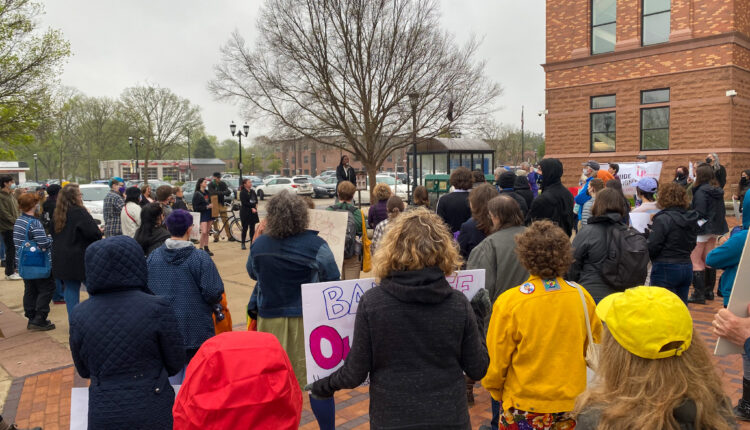 Over one hundred people came to the Champaign County Courthouse to protest the overturn of Roe v. Calf.

On Monday evening, an initial draft majority opinion written by Justice Samuel Alito was leaked. This 98-page document fully rejected the legal standing of Roe v. Wade, calling the decision, “egregiously wrong from the start.” While the vote has not been made official, it appears likely that at least five of the Republican appointed justices will vote to strike down the 1973 decision.

In reaction to this decision, Nicole Frydman of Uniting Pride of Champaign County organized a protest for Tuesday evening in front of the Champaign County Courthouse. The organization and its volunteers provided a PA system and sign making materials.

Remarks began at 5pm and speakers included Nicole Frydman, several members of the clergy, State Representative Carol Ammons, representatives from RACES, the Graduate Employees’ Union, and Planned Parenthood among others. Rep. Ammons told the crowd that she was asked to attend a press conference in Chicago but declined as she wanted to speak directly to her community.

Despite the drizzling rain and temperature in the mid-50’s, over one hundred attendees stayed to listen to remarks, sing chants, and wave signs at cars passing by on Main street. Speakers thanked the crowd for coming and reminded them that the real work was just getting started.

Even When IVF Is Covered by Insurance, High Bills and Hassles Abound