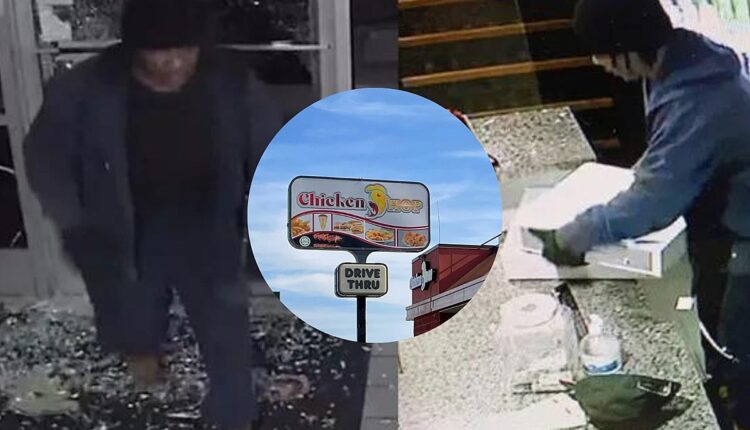 A Rockford, Illinois restaurant is looking for a fresh start to the new year after being robbed twice in the span of two months. Chicken Hop, a restaurant that serves a variety of dishes including fried chicken, rotisserie-baked chicken, and Arabic food, was robbed on November 11 and then again on December 8. Both robberies occurred after the restaurant had closed for the night and involved a large rock being used to smash open the glass doors, allowing the robbers to take an undisclosed amount of money.

“It hurts us a lot,” said Abdul Alhammwi, the manager of Chicken Hop. “We lost money and we lost customers.” The second robbery was particularly devastating as the restaurant was forced to close for several days in order to repair the damage. Alhammwi explained, “It was too cold to open. The sheets of plywood covering the broken glass doors were insufficient to keep the cold out and the heat in.” It took several days to have the three glass doors replaced.

Thinkstock[/caption]The male suspect wanted in connection to the second robbery was captured on the restaurant’s security cameras and has not yet been apprehended. Police released the video to the public in hopes of finding the suspect. Alhammwi has even taken to showing the video to customers upon request, saying, “When customers ask what happened, I tell them. I’m not going to say anything happened.” Some customers have reportedly been moved to tears upon seeing the footage.

Prior to becoming Chicken Hop, the building at 3511 E. State Street was home to a donut and coffee shop called All Day Donuts, which was a popular spot for late night and early morning police officers. Alhammwi said of the location, “We thought it would be safe here.” The restaurant is open daily from 10 am to 10 pm Sunday through Thursday, and 10 am to midnight on Friday and Saturday.

Anyone with information about either of the robberies is encouraged to contact the Rockford Police Department at 815-966-2900 or Crime Stoppers at 815-963-7867.

LOOK: The biggest scams today and how you can protect yourself from them

Want a Clue on Health Care Costs in Advance? New Tools Take a Crack at It

Wall Posts Career-High in Points and Board in Overtime Win