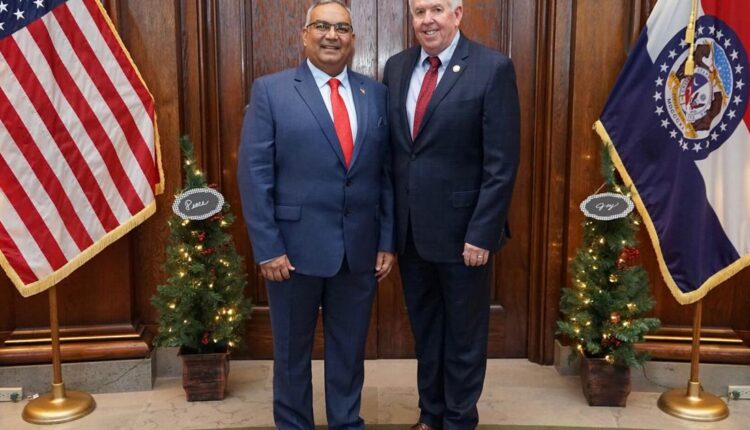 Malek’s appointment fills the vacancy created by the election of Treasurer Scott Fitzpatrick to State Auditor.

Malek, 45, of Wildwood, is a practicing attorney and business owner. He established his legal practice, Law Offices of Vivek Malek, in 2011. He has been practicing law since 2000 and has practiced law in the State of Missouri since 2006.

Malek holds a Bachelor of Arts and Juris Doctorate from Mahrishi Dayanand University in Rohtak, India. Additionally, he holds a Masters of Business Administration from Southeast Missouri State University at Cape Girardeau and a Masters of Laws from the University of Illinois College of Law at Urbana-Champaign, Illinois.

In 2020, Governor Parson appointed Malek to the Southeast Missouri State University Board of Governors, where he has worked to promote fiscal responsibility. He will resign his position on the Board of Governors prior to being sworn in as State Treasurer.

“It is the honor of my life to be able to serve as the next State Treasurer of the State of Missouri, and I promise to give the job and the people of Missouri my all and best,” State Treasurer Designee Vivek Malek said. “I can attest that the American Dream is alive and well. Anyone who has forgotten need only realize his or her God given potential. Only in this great land of freedom and liberty does it not matter who your parents are or what you ethnicity is in determining your success. I look forward to getting to work and doing my part to help achieve an even better future for all Missourians.”

”Vivek’s story is inspiring proof that the American Dream can and will live on for the next generation of Missourians,” Governor Parson said. “President Reagan once said immigrants are one of the greatest sources of American greatness, and both Vivek and I agree. Through our shared values, Vivek helps legal immigrants embrace our nation and achieve their American Dream too. As a Republican, strong capitalist, and conservative Missourian, we know Vivek will be a principled leader who works hard every day to safeguard the people’s money and bring opportunity to Missouri families and their communities.”