UI provost on new job in Saudi Arabia: ‘We’re going to be building this from the sand up’ | University-illinois 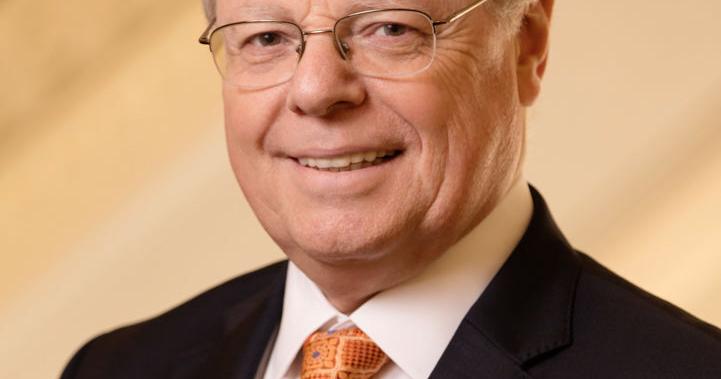 URBANA — When Andreas Cangellaris arrived in CU as a professor in 1997, his new workplace — the University of Illinois — was 130 years old.

In August, he’ll move to a developing region in northwestern Saudi Arabia to lead a university that’s being designed as the environment coalesces around it.

“We’re going to be building this from the sand up,” he said. “It will be a big adjustment, but the goal is so noble, so transformational, that making the adjustment is not a big deal.”

After 25 years at the UI, his last four as provost and vice chancellor for academic affairs, Cangellaris has been named the founding president of Neom University, Chancellor Robert Jones announced Wednesday.

“Selfishly, I am sorry that our university will lose such a dynamic, innovative and empathetic scholar, teacher and leader,” Jones said in a campus-wide email. “But it is hard to feel anything but excited for Provost Cangellaris about this chance to shape the future of the first university in this new sustainable regional development in Saudi Arabia.”

Neom is a 10,000-square-mile, $500 billion development of the Saudi kingdom, which seeks to create a modernized, global community by 2025.

To Cangellaris, many recent projects he’s overseen on the Illinois soil align with the demands of his new role.

The kingdom seeks to make its Neom region run entirely on sustainable energy — a vast departure for an economy that relies so heavily on fossil fuels.

Renewable energy has been a focus for the UI during Cangellaris’ term, as the state has added its own commitment to end fossil fuel plants by 2045.

“To them, this is an opportunity to show they’re buying into the global movement for renewable energy, in a way that positions their country and young people for thinking about the future economy that doesn’t rely on fossil fuels,” Cangellaris said .

Neom is being designed as a “smart city,” with digital components fulfilling functions of everyday life, surrounded by thousands of acres of primarily genetically engineered crops.

“Many of the things (Neom) needs to be doing, this university has been researching for a while,” Cangellaris said.

And of course, as university president, Cangellaris will be responsible for planning how the academic functions fit into this developing environment.

Though Neom U does have a vision of a computer-science-centered undergraduate curriculum, with additional focuses on food and water production.

“I’ve seen education work wonders all over the world — when I was approached for this opportunity, I was intrigued,” Cangellaris said. “Another thing is trying to get to know the people I’ll be working with, I’ve been living in the United States and a university that has a global community.

“Now, I’m going to be in a place where a global community is materializing, is not there yet.”

Looking back at his terms as engineering dean and provost, Cangellaris is fond of some of the bigger facility projects — the “mission impossible” Electrical and Computer Engineering Building project and the recent Siebel Center for Design — as well as the recent revamp of the UI’s promotion and tenure document.

Cangellaris has received special credit for the university’s response during the COVID-19 pandemic, and the testing system it built. UI chemist Martin Burke, one of the creators of the SHIELD saliva test, says a call from Cangellaris jump-started the process of creating the tests.

“What we did with SHIELD Illinois is unbelievable,” Cangellaris said. “It reminds me that when human beings put their minds to something, they can make it happen. Nothing is impossible.”

The UI will name an interim vice chancellor for academic affairs and provost in the coming weeks, Jones said, and he’s “optimistic” the university will have the next provost by the start of spring 2023.

But the outgoing provost doesn’t take his time in CU lightly.

“I have convinced (my wife) Helen that I’m a citizen of the world,” Cangellaris said. “But Champaign-Urbana, last I checked with her, is our home.”