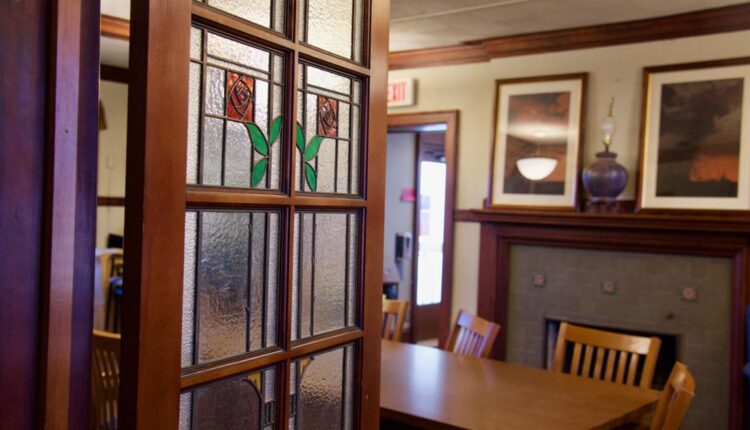 URBANA – The University of Illinois’ Chief Officer of Diversity, Equity and Inclusion toured UI’s Ethnic, Gender, and Women’s Studies departments a few months after arriving on campus in 2019.

“The condition of the physical infrastructure – in some places it was okay; in some cases it was a lot less than okay, ”said Vice Chancellor Sean Garrick.

He thought of the graduate students the university so often recruits: if they saw these institutions, would they question the UI’s commitment to these programs?

That was a few months before the COVID-19 pandemic hit the US. It is now planned to find a new, official home for the departments on campus.

After spending nearly a decade in old apartment buildings around West Nevada Street and Oregon Street, east of the Quad, a feasibility study for a future common space has been approved for the departments of Gender and Women’s Studies, African American Studies, Asian American Studies, Latina / Latino Studies and the Program in American Indian Studies.

While the project is still in its infancy, department heads and UI administrators look forward to changes after years in facilities that they said were getting on in years, exhausted the faculty room, and failed to adhere to accessibility measures – despite a significant one have sentimental value.

The ethnic and gender and women’s studies departments have spent decades in various temporary forms of housing on and around campus.

Several units made their last move in the early 2010s, leaving homes previously built for GI Bill veterans joining the UI, said Isabel Molina-Guzmán, assistant dean of diversity and inclusion for the College of Liberal Arts and Sciences who is also Professor of Latino / Latina Studies and Communication.

Today’s office buildings, which were also dormitories decades ago, are sandwiched between fraternities, sororities and the school’s cultural centers.

They don’t have central air conditioning, elevators, and access ramps added in the post. Storms are putting the faculty on high alert and maintenance needs are frequent, the department heads said.

The UI was considering renovating the existing buildings, but the administrators found that the older structures could not be adapted to the departments’ current needs, according to Derek Fultz, director of LAS facilities.

“It took a lot of advocacy for the college and our faculty to get this out and finally move forward,” said Molina-Guzmán. “Presumably, the discussions about systemic racism and attention to the condition of the facilities in which the units are housed played an increased role.”

There is no final timetable for the project yet, but some promises are clear: smart classrooms, common areas for teachers and students, accessibility for students and teachers with disabilities, and just more space in general.

General surveys were sent to faculties of all faculties about their wishes for the new facility.

He fears that some potential new hires and other core faculties anchored in his award-winning department will move to their current location in 1201 W. Nevada St.

“We’re scattered and that prevents us from having the skills that go with focus,” said Bailey.

Bailey wants large classrooms to host the growing courses that faculty and colleagues in his department teach that many students are taking while meeting the requirements of the UI’s U.S. minority class.

And his concerns about accessibility have not escaped him either.

“I’m having trouble getting up the stairs we have now and we have a third floor that houses most of our units,” said Bailey.

Mimi Nguyen, head of gender and women’s research, will not fail to check her office to see whether bad weather has entered her floor.

Still, she would like to see some of the historical flourishes of these buildings be retained, such as the stained-glass windows in the buildings for Asian-American and African-American studies.

“I feel very sentimental about the house,” she said. “I often think about how great it would be to do a haunted feminist house every October because it feels like that.”

Molina-Guzmán could also miss the “secrecy” of her building. Once the departments move, their current buildings will in all likelihood be razed to the ground.

But to see the plans for a new space finally move forward, following the advocacy of LAS Dean Venetria K. Patton and former Dean Gene Robinson, the meaning goes beyond just a new building – a spruced up facility “symbolizes commitment” to the Campus. Priorities related to inclusivity and to the ongoing studies of gender, ethnicity, race and sexuality.

“I had to fight with the faculties’ skepticism, because ideas for a new building have been around for decades,” she says. “People are really happy, but it took a while. We’re glad the college was serious about making this a priority. “