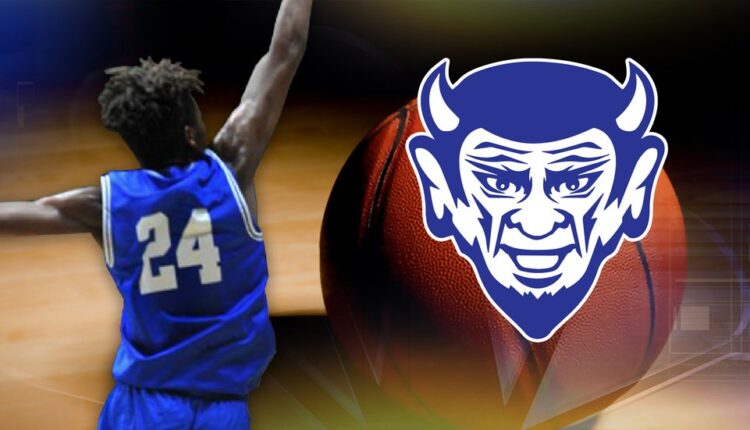 QUINCY, Ill. (WGEM) – The mystery is now over! Just 48 hours after announcing his “decommitment” with the University of New Orleans basketball program, Quincy High grad Jeremiah Talton signed a new National Letter Of Intent with the Blazers of John Wood. The reining Western Big 6 Conference “Player Of The Year” apparently received its release with UNO last week. After that hurdle was cleared, the 6-foot-6 guard started the process of finding a new college program that better fits his style of play and has coaches on staff that he already has a relationship with. Blazers head coach Bad Hoyt fit the bill, and Wednesday morning, the former Division I recruit signed his “NLI” electronically and forwarded his official paperwork to JWCC. John Wood wasn’t the only local basketball program that Talton took a long look at. We’ll have details as we check in with the 2022 Blue Devil graduate about his new chapter in “The Gem City.”

Another Quincy Sr. High graduate was in the local Tri-State sports spotlight as well today. Blue Devil All-State sprinter Jettason Rose also signed a National Letter Of Intent on the first day of June. Rose, who captured the 200M State Championship last Saturday in Charleston, Illinois, is now set to head to the United States Air Force Academy near Colorado Springs, Colorado in the weeks ahead. We’ll have the story…

In Mount Sterling this morning, there was a feeling of anticipation in the air as the Brown County baseball team started their on-field preparations for Friday’s Class 1A State Semifinal showdown in Peoria, Illinois. That’s where the (27-4) Hornets will face (30-3) Ottawa Marquette Friday morning at 10:00 AM in what will be their first strip to the IHSA State Tourney in school history. We’ll check in with BC head coach Jared Hoots for a scouting report on Friday’s match-up.