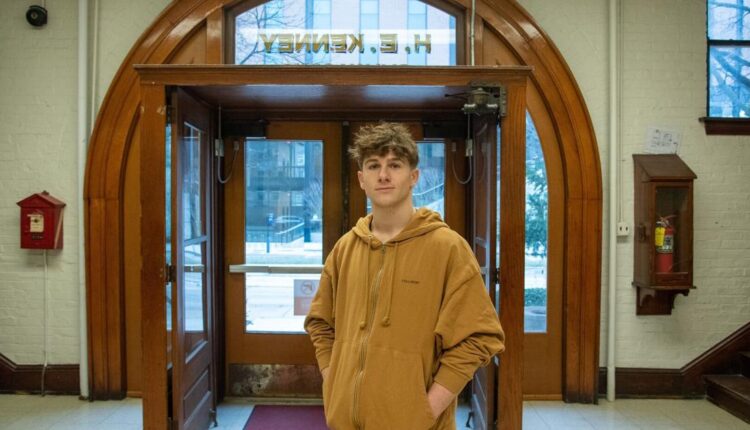 The implication: The promise of name, image and likeness deals changed Jones’ mind. The coach isn’t the only one who made the inference.

“If you are committed and interested in the university having a top-quality and competitive athletic program, then this has very much become a necessary evil,” said attorney Adam Fleischer, a co-founder of the Illini Guardians NIL collective.

“It’s very, very difficult to do that competitively when you’re working in a world surrounded by cheaters,” he said.

The first full year that college athletes were allowed to be compensated for their name, image and likeness may have answered some pressing questions for those operating in the space, but the legal landscape isn’t fully charted — most of the NCAA guidance thus far spells out of what universities and businesses cannot do, instead of what they can or should.

The last year has revealed a few of its possibilities. NIL has been used to grow and start businesses, been the basis of college-level courses and, as many anticipated, become a necessary recruitment tool to attract high-profile student-athletes.

One need look no further than Brad Underwood’s Illini men’s basketball team for examples of players capitalizing on NIL.

The Division I Board of Directors approved the NCAA’s updated NIL guidelines in October, clarifying relationships schools can have with student-athletes and so-called NIL collectives, where fans and donors pool money to direct to athletes.

Coaches and school staff can’t donate directly to NIL entities or have any ownership stake in them, the guidelines make clear. But they are allowed to assist in fundraising through appearances, and can request that donors provide cash to entities as long as the money doesn’t go toward a specific sport or student-athlete.

The guidance changed the role for the University of Illinois’ NIL frontman, attorney Kam Cox. The UI’s Opendorse-powered NIL marketplace, featuring price points to engage with current and former athletes, is perfectly fine, but the school can no longer play a role in negotiations between athletes and businesses.

“A lot of things are going to be leaving my hands,” Cox told The News-Gazette. “I won’t be drafting contracts for our student-athletes, I won’t be as involved with helping them to evaluate deals, but we’re going to continue providing the education.”

Sometimes school involvement was the desire of the athletes, businesses or donors, Cox said, adding: “It’s more expeditious that way.”

“I do wish the NCAA would’ve put a bit more color on what that means,” he said. “I’m always going to need to be in the position where I need to provide information to both sides, because the NIL market in terms of numbers is so new.

“People will say, ‘I want to work with Kofi Cockburn,’ and I’ll say, ‘What’s your budget? If it’s $250, it’s not worth bothering him.’ In some sense, that can be considered negotiating.”

‘Not the best decision’

Steven Farag, CEO of Campus Ink, isn’t a fan of the new NIL rules. The Urbana-based merchandise producer now designs and sells customized student-athlete gear, sending a portion of proceeds to the players.

His business has doubled in size after a $2 million fundraising round and investment from Dallas Mavericks owner and Indiana University grad Mark Cuban.

Campus Ink’s online NIL merchandise platform has been expanded to include athletes from more than 30 different campuses — Indiana, Purdue, UConn and San Diego State among them — with more on the way. All products are produced here in CU.

The business’ partnership with Gameday Spirit is moving more jerseys than ever, Farag said. The NIL-inspired products feature the names and numbers of current players, and $15 of every sale goes to the athlete.

Campus Ink was quick to jump into partnerships with former Illini basketball guards Brandin Podziemski and Andre Curbelo, who both arrived on campus as NIL was taking off. They’ve transferred to Santa Clara and St. John’s, respectively, and since Campus Ink hadn’ t obtained licenses with those schools, their NIL merch deals ended at that point.

Sometimes, those business relationships can continue. Shortly after Illini forward Jacob Grandison announced he was transferring to Duke for his final season, he told administrators about Campus Ink’s operation, Farag said.

Now, the local business is launching at the NIL platform for the fans in Durham, NC, after Grandison put in a good word.

“Outside of just selling Illini gear, we’re unlocking this entrepreneurial spirit in our athletes,” Farag said. “One thing we know about athletes is they’re extremely talented and extremely competitive; when they’re given these new tools of NIL — branding, sales, marketing, whatever that may be — we’re learning about what they’re capable of in a slightly different industry.”

‘A solid form of income’

By the time NIL came around, Illinois men’s gymnast Dylan Kolak was already posting videos of his athletic feats on TikTok to an audience of half a million followers.

In the back of his mind, Kolak hoped he could one day reap the rewards of his newfound social-media success. His life changed July 1, 2021, when NIL became legal in Illinois.

“I was getting reached out to by a bunch of companies saying ‘We’d love to work with you, we’d love to do a paid sponsorship,’ but every time I’d have to either not reply or say ‘I can ‘t do this right now because of NCAA rules,’” Kolak said. “I never pictured myself growing to the point I’m at until I recently accepted it, that this could be a solid form of income for me in the future.”

A year-and-a-half and 250,000 additional followers later, the senior all-around gymnast has a massive online platform.

With so many eyeballs on his videos, the going rate for a Kolak shoutout, post or appearance starts at $1,000 on the online Illini NIL Marketplace.

“It’s going to be hard to continue to post if the only thing I’m known for is gymnastics,” Kolak said. “I’ve realized that and tried to prepare for that to the best of my ability.”

He’s saving most of his NIL earnings, since Kolak’s post-college plans involve diving into marine biology, his field of study.

“Having a big social-media presence is very motivating for me right now, because I want to continue to grow, to where if I have 5, 10 million followers one day, I can talk about climate, environmental issues,” Kolak said. “I feel like I’ll be able to have a significant impact in that area.”

Tabulating how much athletes have benefited financially from NIL is a tough task on its own. The UI doesn’t compile yearly statistics in this area for a few reasons, Cox said.

For one thing, many deals include royalty payments, which are difficult to track. For another, playing seasons differ across sports, making it hard to aggregate data, Cox said.

“Lastly, we anticipate that a good bit of our student-athletes’ NIL activity goes undisclosed,” he said. “None of these is a problem unique to the U of I.”

The school has expanded offerings for current students to learn about NIL inside the classroom. Cox wrapped a four-session course about the legal landscape of NIL for high-level law students last semester.

Illinois’ athletic department partnered with the UI’s Gies College of Business to provide an online course geared for student-athletes that teaches them how to navigate the NIL world. It’s asynchronous, so athletes can complete quizzes and watch lectures at the time that best works within their busy schedules.

“We hope eventually this will expand to other campuses as well,” Cox said.

Nearly a year has passed since a group of Illinois alumni announced they’d run an NIL collective that would provide consistent contracts for student-athletes.

The model for Illini Guardians is mostly the same — fans and alums donate to the 501(c) (6) entity, which distributes those funds to athletes in exchange for appearances at social programs.

For instance, the Illini Guardians contracted with a group of Illinois linemen for the “Help Tackle Hunger” program benefiting the Eastern Illinois Foodbank. A virtual food drive with St. Matthew Catholic School brought in more than 10,000 food items and $2,000.

What they’ve learned in the last year, according to co-founder Fleischer, is many of the nation’s Illini fans are still hesitant to invest big-money donations toward student-athletes. Many fans came of age when sponsoring college players was illicit.

“We see at other universities that a collective does an event, and people are writing very big checks without a second thought,” he said. “We don’t have that culture. To some universities and fan bases, it’s always been there, it’s just now legal.”

The Guardians remain convinced that a collective is necessary as a “point of competition in the NIL wars,” Fleischer said.

Athletic director “Josh Whitman and the athletic department have been super committed to doing NIL the right way, to doing it in the ethical and legal way,” he said. “Illini Guardians has not spoken to a recruit, the family of a recruit or any nonstudents of Illinois, because it’s unethical and illegal.”

Last fall, the NextName platform selling the likenesses of Illinois players on digital tokens first hit the market. In 2023, It’s hard to walk through the halls of State Farm Center without spotting one of its advertisements.

Founded by the father-son duo Steve and Ryan Thayer, the platform is selling digital trading cards with the images and stats of the entire Illinois men’s basketball roster, volleyball squad, several football stars and notable names from Illinois golf and soccer. The majority of proceeds go to the athletes, Steve Thayer said.

“The big question for fans is: Will they embrace NIL, hate NIL or ignore NIL?” Thayer said. “I can assure them that if they hate it or ignore it, their teams won’t be very good.”

NextName’s goal is to amass more support for NIL and extend the platform to more schools with large alumni bases. Though the Thayers would like to see clearer guidelines and enforcement from the NCAA.

“There needs to be better-defined rules and regulations, and enforcement of those regulations by the NCAA, or Congress may need to intervene,” Thayer said. “NCAA is not enforcing the current rules, and as a result, everyone seems to be ignoring them.”

“Everyone’s looking to the federal government for some sort of legislation around this area, and we’re hopeful that’ll happen,” Cox said. “We’ll wait and see. I’ve given up the game of trying to guess where this thing will go.”