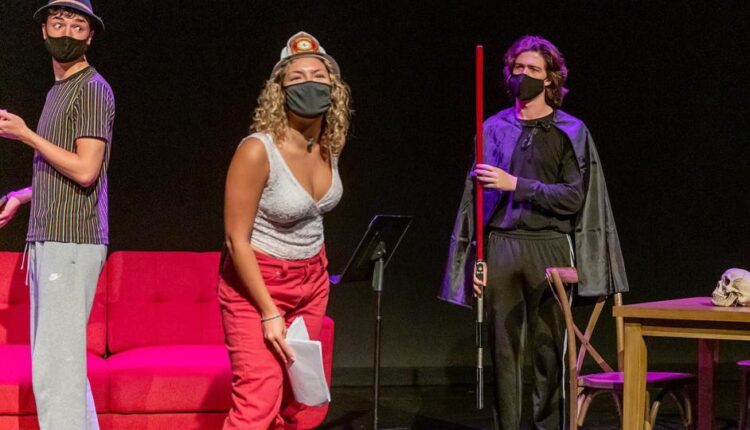 URBANA – In the summer of 2020, Gabriel Solis and the rest of the University of Illinois Department of Theater saw the world change as the nation was gripped by protests against racial equality.

But with the theaters empty, actors, writers, and directors couldn’t bring their voices into the fray in the usual way.

“We were able to fulfill our educational mandate as a department, but were very limited in the production of plays,” says Solis, the head of the department. “Theater as an art is really based on live group experiences, typically in theaters, and that is something that we mostly had to skip during the pandemic.”

With crowds of people coming to the cinemas again this year, the department can investigate representational issues that have bubbled to the surface in recent years. The season includes more contemporary pieces than in previous years and those dealing with racial and LGBTQ issues.

“Redline Classics,” played last week, focuses on the Chicago lesbian community in the 1980s. Native Gardens, which opens next week, was written by Karen Zacarías, a well-known Mexican-American playwright. “Neverland” by Mohegan author Madeline Sayet examines the roles of Native Americans in the classic of the same name.

“We’re coming back to learn the lessons from last year and to look for ways to do some things differently from the past and really look at what it means to do theater in a world that is changing, “said Solis,” and in a world still hit by the pandemic and hit by all of the essential American racial history questions raised last year and other questions that are frankly part of the world are what we live in today. “

Concentrating on the work of living playwrights also has a tangible advantage.

Of course, by focusing primarily on new works, the students and faculty of the UI Theater Department can reveal a world that has changed in the years since many classics were written. This gives them “the chance to imagine a different future, a better future,” said Solis.

“I think that was certainly an important focus to help our students see and be part of these really diverse stories,” he said. “When you think of it when people say ‘American theater’… I think that often it means either a collection of plays that were written some time ago, mostly by white men.

“It’s great plays, and they tell really important stories… but we wanted our students and our community to have the chance to see that American theater means more than that, one thing that matters right now and that has many. ” Voices.”