After ‘Guilty Verdict’ is Read, All Hell Breaks Loose in Illinois 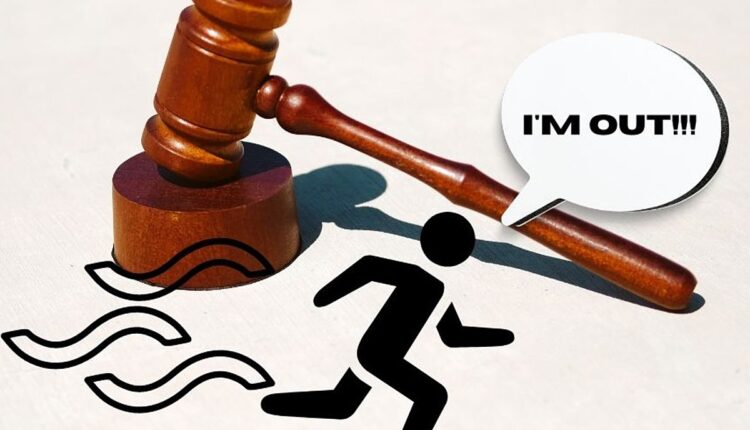 At a courtroom in Peoria, Illinois one man heard his guilty verdict read by the judge and he took off running! 25NewsNow

Murder suspect Mikeal Reed, upon hearing his “guilty verdict” said catch me if you can. He jumped over the seating in the courtroom and made a mad dash to freedom! The run for freedom was in fact short lived, and he really didn’t get all that far as he was caught by courtroom staff…So close! But that’s not where the insanity ended.

The mother of Mikeal Reed was vocal, and needed to be restrained after the excitement.

Dyneasha refused to leave the courthouse, and eventually had to be removed. She tried to get physical with officers, she attacked one officer poking him in the face several times.

The mother of Mikeal was arrested for two counts of resisting or obstructing an officer and one count of aggravated battery.

I wonder how Judge Wapner would have handled this? I used to love “The People’s Court,” actually I had a Personal Business Law class in high school where we would watch the show in class on Fridays. How great is that?

Here is a little “Wapner” to lighten the mood after this bizarre story. This is Judge Wapner overseeing a case about a $3 slice of pizza.

Here are 10 photos of Illinois Governor JB Pritzker taking at an inopportune moment or a decent photo taken out of context.