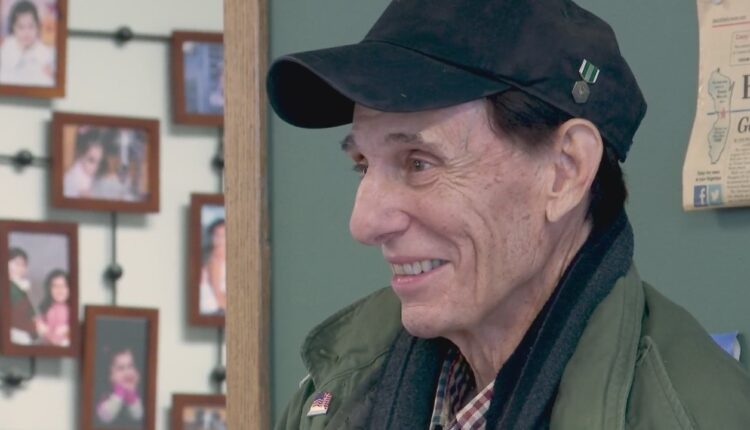 ROCKFORD, Ill. (WTVO) — A local veteran is in need of some help.

Sergeant Nick Parnello, the man behind the LZ Peace Memorial, is having medical issues. The community rallied together on Wednesday to help him with his expenses. Many people said that Parnello is a big part of helping the Rockford community to honor those who answered the call and paid the ultimate sacrafice.

“Nick knows that there is a campaign out there, but he has no idea what kind of money we are talking about,” said Mark Finnegan, president and co-founder of VetsRoll. “And, the way Nick is, he doesn’t want anyone to bring any attention to it. Nick needs help, and it’s time for the community to help him. He’s been battling, I believe, with Agent Orange, and he was recently diagnosed with some possible tumors.”

“In Roscoe today, we were given a whole handful of get-well cards from the Kinnikinnick class,” Finnegan said. “You know, these are nine and 10 year olds that wrote these cards to him.”

The goal was to raise at least $10,000 for the veteran’s medical expenses. They did that in under a week.

“Hopefully he realizes that he means something to us, you know,” said Vietnam veteran Albert Pacheco. “He is in dire need right now, and it’s our responsibility to do whatever we can to help him.”

Pacheco drove all the way down from Janesville to surprise Parnello with the check.

“Well, hopefully he realizes what we are doing her today give inspiration to other people in the community to help veterans in need,” Pacheco said. “You know, I don’t believe there should be a veteran out there in need today, you know? They served the country. We should respect and honor them and do whatever we can to support them.

The hope is that others will be inspired to help veterans during the time of inflation and Christmas.

“This is very exciting because Nick is so deserving of this,” Finnegan said. “On his own he would never have anybody. He would never ask for help.”

More information on how to donate to Parnello can be found here.

Coles, neighboring counties to be surveyed for flood risk…