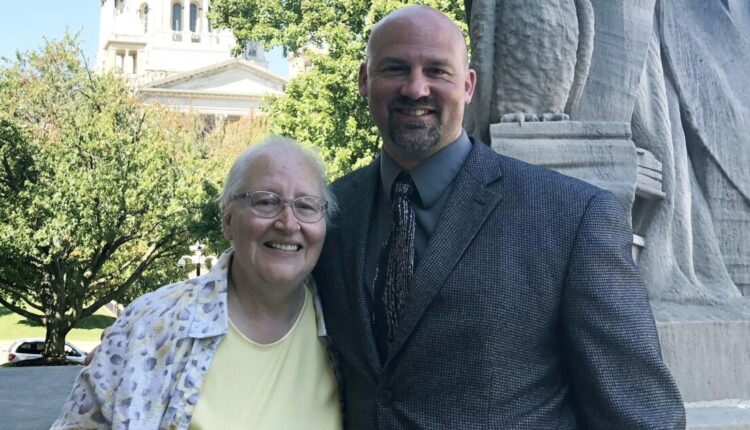 Lawyers for Alan Beaman have asked that a Sixth Judicial Circuit judge be replaced with a McLean County judge to hear Beaman’s case against three retired Normal police officers he has accused of framing him on murder charges in the death of his former girlfriend.

Beaman served more than 12 years in prison before he was released in 2008 and later granted a certificate of innocence and a gubernatorial pardon. He later filed a lawsuit against former officers Tim Freesmeyer, Frank Zayas and Dave Warner and the Town of Normal.

Beaman’s civil case was assigned to Judge Richard Broch in the Sixth Judicial Circuit based on potential prejudices among McLean County judges who all served as prosecutors during Beaman’s initial case and post-conviction proceedings.

In his newly-filed motion, Chicago lawyer Locke Bowman renewed his argument that Broch’s previous decision dismissing Beaman’s lawsuit raises concerns about the jurist’s future impartiality. Bowman cited Broch’s rejection in April of a request by Beaman’s lawyers that Broch step aside based on arguments that “this is a case of exceptional public importance, in which a fair trial and the appearance of fairness are at a premium.”

Three former prosecutors who went on to become judges have retired and a fourth former state’s attorney who is a judge, William Yoder, did not have direct dealings with the case during his tenure, Bowman argued.

The three retired judges include James Souk, who “was personally involved in the concealment of exculpatory evidence before the criminal trial”; Souk’s former supervisor Charles Reynard, who “strenuously opposed Beaman’s efforts at post-conviction discovery; and Robert Freitag, who represented the state at post-conviction hearings and “has personal knowledge of information bearing on the allegation that evidence was concealed” from Beaman, according to the motion. Beaman’s legal team considers all three to be potential witnesses at the upcoming trial.

Beaman’s lawyer contends things have changed since a judge outside the 11th Judicial Circuit was named to hear the case: “Unlike 2014, there is now no reason for concern that professional relationships among the members of a court that included a significant percentage of former Beaman prosecutors would create an appearance of impropriety for all the members of the McLean County Circuit Court.”

Beaman was a student at Illinois Wesleyan University when he was charged with killing Lockmiller. In 1994, he was tried and convicted in McLean County. Beaman “has always believed that this malicious prosecution case should be heard by a jury of McLean County citizens – and that, absent any appearance of impropriety, his case should be presided over by a McLean County judge,” said Beaman’s motion.

Thomas DiCianni, attorney for the town and his three former police officers, opposed the request for Broch to recuse himself from the case. He argued in April that Beaman’s lawyers were seeking a new judge because they were unhappy with Broch’s earlier dismissal of the lawsuit.

The Fourth District Appellate Court upheld Broch’s dismissal of the lawsuit, but the Illinois Supreme Court reversed that decision, clearing the path for a trial.