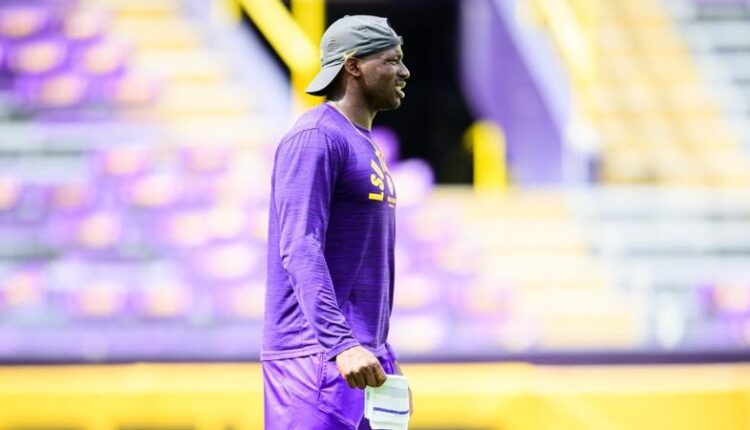 “I have been waiting for the opportunity to hire Antonio here to Illinois since coming here,” said Bielema. “He brings a coaching resume in several different systems and also coordinator experience to the defensive staff room. I have known Antonio from recruiting him out of Boca Raton to bringing him full circle to our coaching staff. He and his family will be a great addition to our campus and community.”

“I am so excited for my family and I to be joining the #famILLy in Champaign,” said Fenelus. “I am looking forward to doing all I can to help our players and the program continue to reach new heights. Coach B has put together an amazing staff and I am very grateful that he and Coach Henry trust me to lead an outstanding group of young Men. I can’t wait to hit the ground running.”

Fenelus will be reunited with Bielema, his college head coach, and defensive coordinator Aaron Henry, his college teammate. A four-year letterwinner at Wisconsin, Fenelus helped Wisconsin to Big Ten titles in 2010 and 2011, including a win in the inaugural Big Ten Football Championship Game in 2011. He was a two-time All-Big Ten first-team selection, earning the honor after 56 tackles, four interceptions, and seven pass breakups as a junior, then again as a senior when he had 51 tackles, 3.0 TFLs, four interceptions, and nine pass breakups.

Following his collegiate career, Fenelus signed as an undrafted free agent with the Indianapolis Colts before stints with the Saskatchewan Roughriders of the Canadian Football League and the Arizona Rattlers of the Arena Football League.

A native of Boca Raton, Fla., Fenelus was a three-time Academic All-Big Ten honoree and graduated from Wisconsin with a bachelor’s degree in community and nonprofit leadership in 2013 and earned a master’s degree in educational leadership policy analysis in 2018.

3 Retail Stocks You’ll Be Glad You Bought Before 2023