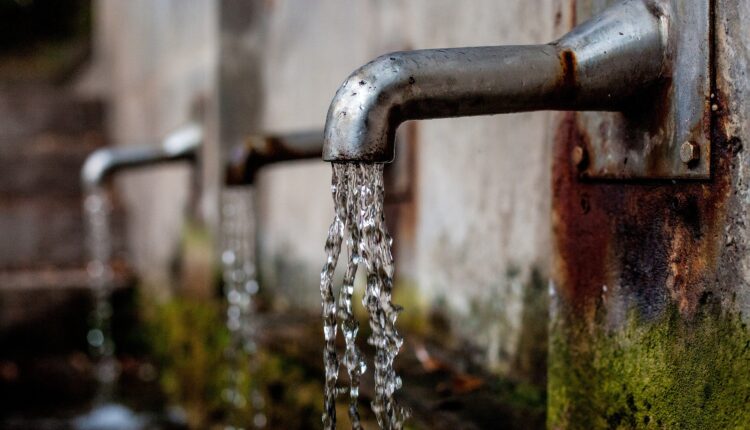 In the fall of 2020, while students were attending virtual classes due to the COVID-19 lockdowns, Katie Sue Pascavis was laying down the groundwork for her patent applications.

Following several months of collaborative research, Pascavis and her team at the Luminosity Lab were selected as winners of the XPRIZE Next-Gen Mask Challenge for their inexpensive, reusable, fog-free N95 mask design. They were awarded $500,000.

This accomplishment would be a career-maker for most undergraduates, but for Pascavis, it was only the beginning. She went on to win a Goldwater Scholarship, a Udall Scholarship, apply for two patents and secure first authorship on several publications. And now, she is preparing for graduate study at Cambridge as a Marshall Scholar, the British Embassy in Washington has announced. She is one of only 40 students selected nationwide for this major fellowship.

Katie Sue Pascavis has won the prestigious Marshall Scholarship to pursue graduate study in the UK for three years.

Named for Secretary of State George C. Marshall, the Marshall Scholarship Program began as a gesture of gratitude to the US for the assistance that the UK received after World War II under the Marshall Plan. Recipients may study any academic subject at any UK university for up to three years. Marshall Scholars represent a breadth of expertise in almost every academic field, producing numerous university presidents, six Pulitzer Prize winners, one Nobel Laureate, 14 MacArthur Fellows, two Academy Award nominees, two US Supreme Court justices and a NASA astronaut.

The British Embassy said that in the 2023 competition cycle, the program received over 950 applications from candidates nominated by colleges and universities across the US

Pascavis was one of nine students nominated by ASU for the Marshall Scholarship this year. She is the 18th Sun Devil to win a Marshall Scholarship since it was established in 1953, and the fifth ASU nominee to be awarded in the past 10 years, according to Kyle Mox, associate dean for national scholarships and director of the Lorraine W. Frank Office of National Scholarships Advice.

The Marshall Scholarship is among the most selective international fellowships, with an average selection rate of approximately 4%. Scholars are chosen on the basis of academic merit, leadership potential and ambassadorial potential.

Originally from Bloomington, Illinois, Pascavis graduated from Basha High School in Chandler, and she was one of 20 Arizona students selected by the Flinn Foundation to receive a full-ride scholarship on the basis of her academic performance, service and leadership achievements in high school .

“Because of the Flinn Scholarship, I chose ASU over a prestigious eastern university, and it was the best choice of my life,” Pascavis said.

“Due to ASU’s size, it has an overwhelming amount of opportunities to get involved, from clubs to research to even double-majoring. I have met so many wonderful people at ASU who have supported me in this journey.”

In May 2023, she will receive two degrees: a Bachelor of Science in mechanical engineering and a Bachelor of Arts in global health, with minor fields of study in sustainability and Spanish. In her time at ASU, she posted near-perfect grades while completing an average of 22 credit hours per term.

Beyond her work in the classroom, Pascavis has been nationally recognized for her accomplishments in STEM research and commitment to environmental sustainability, receiving both the Goldwater Scholarship and a Udall Scholarship in 2021.

“I have known Katie during most of her undergraduate time at ASU, starting from when she came to my office and asked how to get involved in water-related research activities,” said Paul Westerhoff, Regents Professor in the School of Sustainable Engineering and the Built Environment and the Fulton Chair of Environmental Engineering.

“Throughout her undergraduate engineering experience, she volunteered to help initiate and co-develop with my group several water-related technologies, including light-emitting diodes and optical fibers to disinfect biofilms in water.

“Katie exemplifies the student innovator who boldly finds and takes on new challenges that advance the human well-being,” Westerhoff said.

“Katie Pascavis embodies the best of 21st century scholars. She is a unique thinker capable of broad learning who quickly weaves complex ideas together in innovative and constructive ways that better society. Katie represents hope for the future.”

During her time at ASU, Pascavis has served as president of the ASU chapter of Engineers Without Borders and founded the GlobalResolve Club, which is an outgrowth of an international service-learning program of the same name that is housed in Barrett, the Honors College.

“Through Engineers Without Borders, I learned about the role of engineers in community health, and that inspired my interest in water, sanitation and health engineering,” Pascavis said.

In the long term, Pascavis plans to develop technologies to provide safe, clean water to communities in need throughout the world.

“The world is failing to make nearly enough progress on water and sanitation access. Working in the water, sanitation and health sector as an engineer, I can find green solutions that uplift the women and children denied rights and education through water insecurity.”

In terms of ambassadorial potential, Pascavis hopes to learn about approaches to water, sanitation and hygiene engineering that are offered only in the UK As the North American representative on the Global 4H Committee, she hopes to connect with the UK counterpart of 4H, the National Federation of Young Farmers’ Clubs, and engage them in the Global 4H Sustainability Initiative, an international program they created to help rural youth become environmental activists in their own communities.

“The practical, hands-on approach promoted by 4H can be seen in Katie Sue’s approach to engineering solutions,” Mox said.

“She thinks first about the end-user, the young child who needs clean water, the doctor who needs a functional mask, the farmer who watches her crops wither and die in a drought. I have been advising Marshall Scholarship applicants for 17 years, and I have worked with few applicants who demonstrate such high levels of achievements in so many different spheres.

“Typically, Goldwater Scholars boast impressive GPAs and a remarkable research CV, while Udall Scholars demonstrate passionate leadership related to the environment, often at the sacrifice of technical expertise or academic achievement. Katie combines natural leadership abilities, remarkable academic and scholarly potential, and a commitment to global service. She represents the best of what ASU has to offer the world,” Mox said.

Given the extraordinary competitiveness of the program, the application process for the Marshall Scholarship can be arduous, spanning several months.

“The process was extensive and required rewriting essays many times,” Pascavis said.

Nominees who are selected as finalists then interview with a committee formed by a regional British Consulate. This year, interviews were virtual.

“Through the writing and interviews, I learned more about myself. I even did eight practice interviews. I can never thank ONSA, the Flinn Foundation and the many ASU professors who helped me prepare. Thank you especially to Dr. mox, dr Westerhoff, Dr. (Jared) Schoepf and Dr. (Mark) Naufel,” Pascavis said.

Pascavis admits that the news came as a shock when she received a call from the British Consulate the day after her interview.

“My only thought was ‘I did it! I’m going to Cambridge!’” she said.

Pascavis joins the ranks of an illustrious group of previous ASU Marshall Scholars. In 2017, Barrett Outstanding Graduate Erin Schulte received the award, followed by ASU Truman Scholar Frank Smith III in 2018. Most recently, Alexander Sojourney, student president of the West campus and a student regent, was awarded in 2021. Pascavis will be joined in the UK by Barrett graduate and fellow Flinn Scholar Nathaniel Ross, who was recently awarded a Rhodes Scholarship to study at Oxford.

To Combat Gun Violence, This Artist Turns Ammunition Into Art