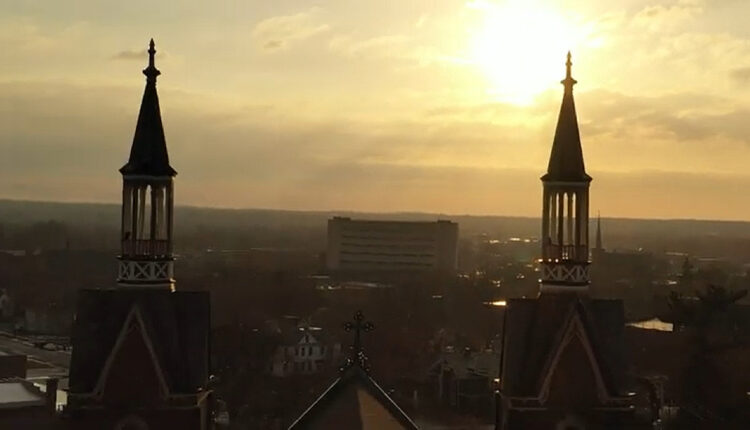 If you’ve ever taken a photo with a woman who is a pro at selfies, you will quickly learn the proper way to hold the phone. You hold the phone up high at about a 45-degree angle so the phone camera is looking down on you, and you tilt your head up.

According to many professional photographer blog sites, holding the phone this way when taking a self-portrait will reduce the threat of having chins, which apparently is the enemy of selfies.

It really is amazing how dramatically different you can look depending on what angle the camera is capturing your image.

That was my first reaction after I saw some video drone footage recently posted of Rockford, Illinois that made me see the Screw City in an entirely different way.

Created by cinematographer Thomas S. Ciciura, the drone video was captured in December 2022 and opens with a cool flight through the Symbol Sculpture along the Rock River where you see the Christmas light display at Nicholas Conservatory and Gardens.

From there the video cuts into downtown at the large Rockford letters in Davis Park before transitioning into some timelapse videos of the bridges and river after dark.

The drone then flies under a downtown Rockford bridge giving a vantage point that is rarely seen while the Steve Miller Band song “Fly Like An Eagle” plays during the flight.

Seeing Rockford from this vantage point made me proud to call this city my home.

LOOK: The best miniature golf in every state

Using 2022 data from Tripadvisor, Stacker compiled a list of the highest-rated minigolf courses in all 50 states including Washington DC

LOOK: Here is the richest town in each state

Just saying the names of these towns immediately conjures up images of grand mansions, luxury cars, and ritzy restaurants. Read on to see which town in your home state took the title of the richest location and which place had the highest median income in the country. Who knows—your hometown might even be on this list.