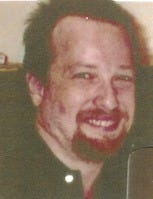 Missouri. Brian was born in Manhattan, Kansas on March 23, 1963. He was the son of Robert J. Bevins and Priscilla LeBaron Bevins. The family moved to Columbia in 1967 when Dr. Bevins joined the Agricultural Economics Department at the University of Missouri.

Though Brian was born with several disabilities one of which required crutches, he was a bright little boy and Mr. Lincoln, Principal of Russell Elementary School, welcomed Brian when he was ready for kindergarten. In 1981 Brian graduated from Hickman High School. He entered Rockhurst College and graduated with Honors in 1985. In 1991 Brian earned a Master’s Degree in Philosophy at the University of Missouri.

In 2000 Brian met Lisa Louis of Leesburg, Florida on the internet. Before very long a romance developed and they married December 30, 2000 in Leesburg. Brian and Lisa settled in Columbia and lived here until Lisa’s death from Covid on November 22, 2020 at age 64. Brian was not able to live alone. He spent a number of months at Jefferson City Manor and was then able to transfer to Columbia Manor. The family would like to thank all the good people at both nursing homes who helped care for Brian over these past two years. We are also grateful for the added support that Hospice Compassus provided for Brian in the last three months of his life.

Arrangements are under the direction of Parker-Millard Funeral Service & Crematory, 12 East Ash Street, Columbia, MO 65203 (573) 449-4153. Condolences may be left online for the family at www.parkermillard.com

Published in the Columbia Daily Tribune