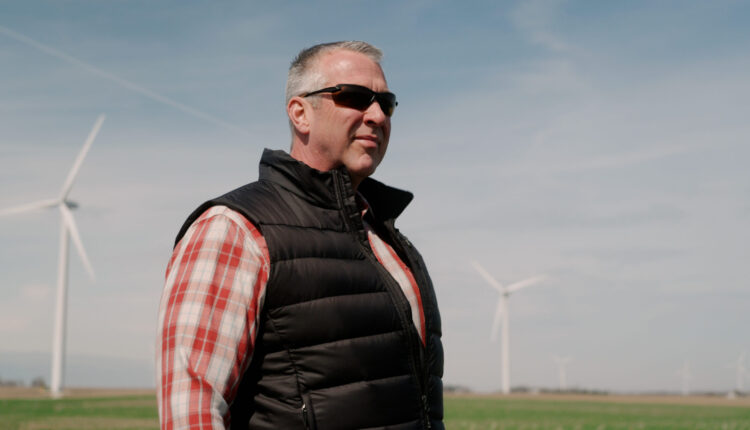 BLOOMINGTON, Ill. — If you take an aerial view of Jason Lay’s farm in mid-April, it would look like a green dot amid a sea of ​​brown. That’s because while most farmers around him in Bloomington, Illinois, leave their land fallow in between harvesting and planting corn and soybeans, Jason plants cereal rye — a type of cover crop.

Jason is one of a burgeoning group of farmers in the Midwest turning to carbon sequestration as an additional stream of income, as companies increasingly seek out ways to offset their own carbon emissions.

https://illinoisnewsroom.org/wp-content/uploads/2022/07/Carbon-markets-ILN-web.mp3Jason Lay’s 75-acre field of cover crops holds roughly 75 tons of carbon — which is about the emissions equivalent of 15 gas-powered vehicles driven for one year. Sam Mirpoorian

Take one of Jason’s cover-cropped fields, for example. According to very rough estimates, each acre of cover crops can hold one ton of carbon, meaning one 75-acre field holds roughly 75 tons of carbon. That’s about the emissions equivalent of 15 gas-powered cars driven for one year.

Jason says he’s seeing more fields of green during the off-season than ever before.

Jason is part of Bayer’s pilot carbon program, which pays him $10 for every acre of cover crops he plants. Acting as the intermediary, Bayer then sells those carbon offset credits to companies looking to reduce their carbon emissions.

All in on carbon

More and more big agriculture companies like Bayer are experimenting with carbon markets amid a push for the agriculture industry to capture climate-warming greenhouse gases. Canada-based fertilizer company Nutrien has about 225,000 acres enrolled in their pilot program. Cargill recently announced they’ll also cash in on carbon trading beginning this year.

Even the Biden administration is looking to agriculture to help offset the country’s emissions. And the industry is uniquely poised to do so.

“Right now, we can get every farmer on Earth to change their behavior if we incentivize it correctly,” said Chris Harbourt, chief strategy officer for Boston-based start-up Indigo. “They have the infrastructure, the equipment, they’re already dispersed across the globe to make that happen immediately. And that would cause a measurable change to our atmosphere.”

Unlike behemoth ag corporations like Bayer, Indigo is relatively young and focuses exclusively on sustainability. As head of the carbon program, Harbourt sees a unique opportunity to harness already-existing infrastructure to do good for the planet.

“I absolutely am a believer that carbon credits are part of the move to reduce the overall pressure on the atmosphere,” he said.

However, he acknowledges the scale-up needed to really make a difference would be difficult. Namely because regenerative farming — as it’s dubbed — still isn’t widespread enough, especially in places like the Midwest. And getting more farmers on board with it is no simple feat.

Planting cover crops, for example, is both time consuming and expensive for farmers. The crop has to be planted right after a cash crop field (corn or soybeans) is harvested, and the seed alone can cost a farmer tens of thousands of dollars.

“Change is tough,” he said. “Financing that correctly with the right money and the carbon credits is a great way to get it to happen.”

That’s why Indigo offers its farmers some of the shortest contracts of any carbon program. While most contracts are about 20 years, Indigo offers five-year contracts to avoid scaring farmers off with long-term commitments. Harbourt says that can especially entice farmers who rent their land and operate on short-term lease agreements. 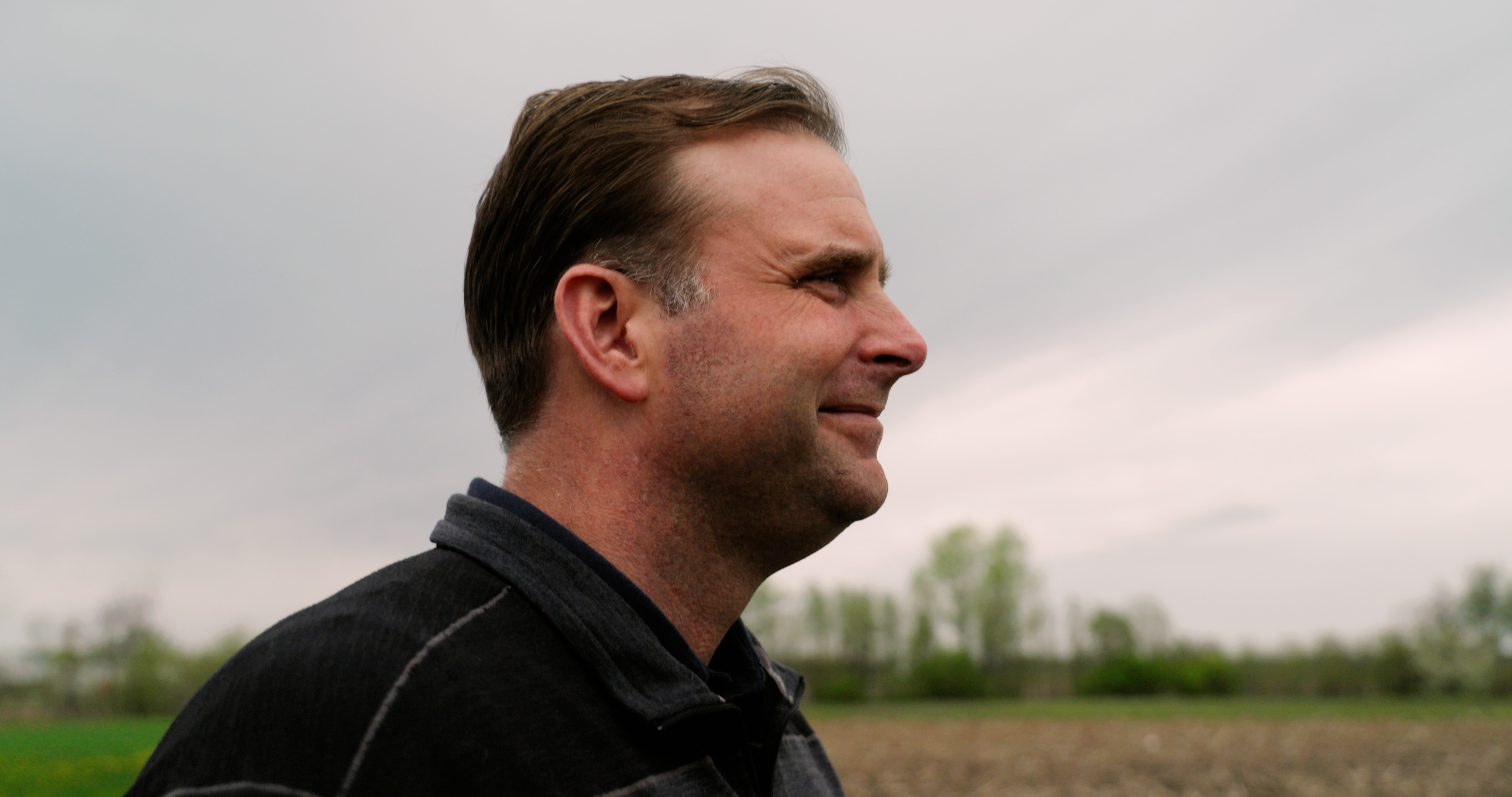 “I absolutely am a believer that carbon credits are part of the move to reduce the overall pressure on the atmosphere,” said Chris Harbourt, chief strategy officer with Indigo. Sam Mirpoorian

Others, though, argue that in order to make a measurable change in our climate trajectory, long-term carbon farming contracts are necessary.

Amador acknowledges that’s tricky on a farm that might change ownership over a 100-year contract period. But speaking strictly in terms of our changing climate, she said, we need long-term durable carbon storage.

“I think it’s an open question in the agriculture of, can we meet those durability and permanence goals?” she said.

The way the carbon marketplace is set up now creates an incentive-based system for offsetting a company’s carbon emissions. The end result of that system is carbon neutrality — which Amador says is not enough to move the needle on climate change.

“It’s really not enough for us to meet net zero,” she said. “We’re actually going to need to remove our legacy, or historic, emissions.”

The concentration of carbon dioxide in our atmosphere now exceeds 420 parts per million — more than 50% higher than pre-industrial levels. Such a high concentration of atmospheric greenhouse gases is leading to irreversible planetary destruction, and it’s only expected to get worse. To bring that number down, we should be pushing for and incentivizing carbon negativity rather than neutrality, Amador argues.

Plus, she says, while storing carbon in the soil is undoubtedly an important part of the climate change solution, there’s still a lot we don’t know about how it works. Carbon180 is advocating for more federal funding to research soil carbon sequestration in order to better understand it.

But, in the meantime, the carbon marketplace may be getting ahead of itself.

“In the long run, we need to … continue to improve on the science before we design incentives for the agriculture sector,” she said.

Making it make sense for farmers

Even though regenerative farming has benefits on the farm beyond carbon sequestration, many farmers are still hesitant to make the transition for financial reasons.

Right now, outside of carbon programs, there are few incentives for farmers to change their practices. State and federal agencies do offer some incentive-based programs, but funding is fairly limited. So while Amador has reservations about scaling up the carbon marketplace, she acknowledges that it is helping get more farmers on board with climate-friendly farming. 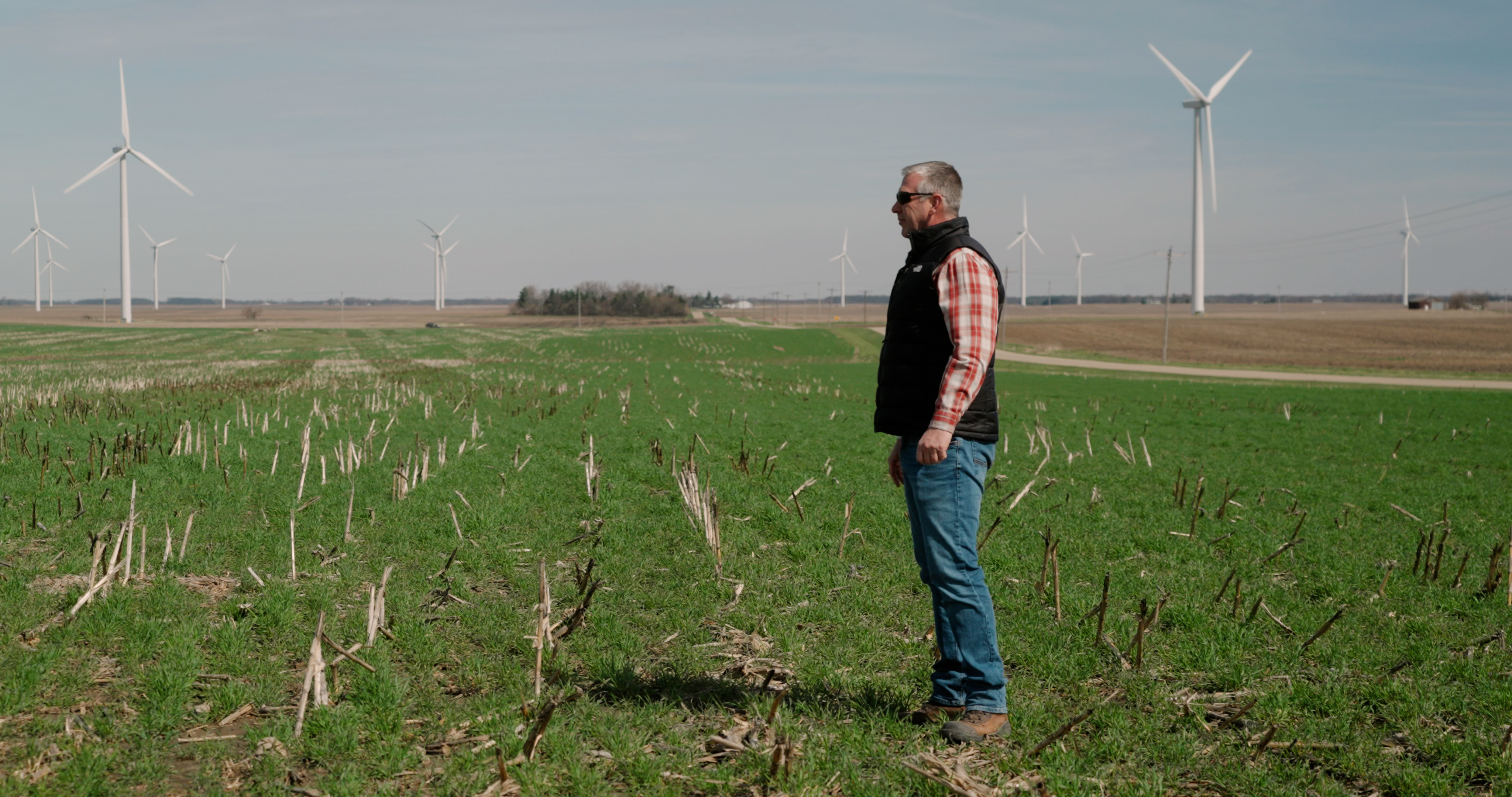 “I like to equate them to, like, the Wild West,” said farmer Jason Lay, talking about the burgeoning carbon marketplace. Sam Mirpoorian

“What’s exciting about these voluntary offset markets is it provides an incentive for farmers to shift practices and potentially helps with some of those financing challenges,” she said.

Whether it’s lucrative enough for farmers at this point is still an open question. Jason Lay, for example, is paid $10 per acre of cover crops. At 2,700 acres planted this year, he can potentially gross $27,000, which just barely offsets the cost of planting covers crops and is only a small fraction of his total gross income this year.

“It’s a pretty small number, but it’s growing, and it’s going to be a bigger number moving forward,” Lay said.

That number could indeed go up significantly if the carbon marketplace continues to grow. As companies around the world continue to make carbon reduction pledges, carbon credits will become an increasingly common way to meet those goals — especially for companies that can’t get away from emitting carbon — airlines, for example. And, according to Chris Harbourt, there’s only so much agricultural land available to offset it.

“When the demand for carbon credits is that high, the cost is going to go up,” he said. “It’s going to become a pure economic concept.”

If that does happen, Lay says — without a doubt — more farmers will get on board with carbon farming.

“I mean, it’s the obvious American answer: You give me more, and I’ll figure out how to do it.”

Follow Dana on Twitter: @DanaHCronin This story was produced in partnership with Harvest Public Media, a collaboration of public media newsrooms in the Midwest. It reports on food systems, agriculture and rural issues. Follow Harvest on Twitter: @HarvestPM.