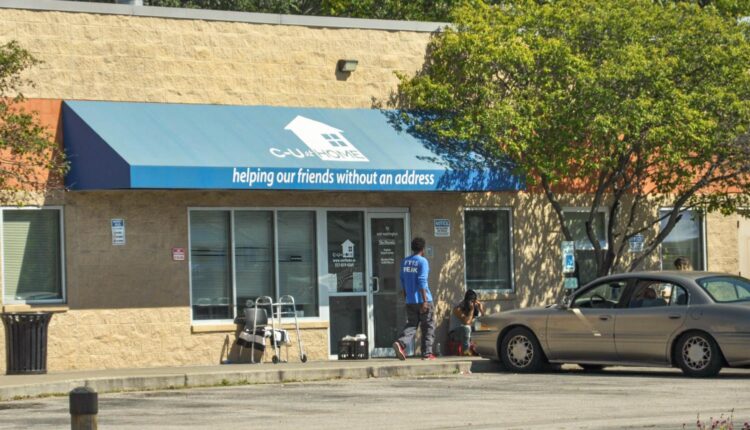 Champaign County’s first-ever 24/7 homeless shelter — known as Strides — is in a race against the clock as it prepares to open before the onset of the cold season.

According to organizers, the Strides shelter will be at either one of two Champaign locations: CU at Home’s current location, 70 E. Washington St., or 119 E. University Ave. It’s predicted to open on Nov. 1.

Neighborhood Programs Manager Jennifer Carlson said the Strides shelter will be a low-barrier shelter, so sobriety is not a factor in whether people can receive help.

Carlson said Strides will not only provide physical shelter for people who are homeless, but hopefully substance abuse and mental health services as well.

According to Carlson, Strides will be able to shelter 50 men and 10 women on a daily basis, which she said should meet the needs of the community. She said it’ll cost around $1.9 million per year to keep the shelter running, including staffing.

“Homelessness is a citywide issue that frequently is addressed at the city level, so we’re supporting the city of Champaign Township, though, in actually providing the services,” she said.

Although the shelter will be funded by the city of Champaign during its first two years, Champaign Township Supervisor Andrew Quarnstrom said the township is already looking to pursue long-term funding.

“Our next goal is to secure permanent funding for the mark past two years,” Quarnstrom said. “So what we’re going to be doing is reaching out to other local governments to other partners to other agencies who are impacted by homelessness, you know, to help fight this issue.”

He said there was a “significant need” for a 24/7 shelter in the CU community.

Both Carlson and Quarnstrom agreed that the biggest obstacles in the way of Strides’ opening are employing staff members and securing a permanent home for the shelter. The township has already begun the application process, and Quarnstrom said they’re looking to hire 18 people, including the shelter coordinator, safety personnel and case managers.

“Operating in a homeless shelter is not easy,” Quarnstrom said. “It’s not for the faint of heart, and we recognize that. So I would say securing that location, and ultimately employing the personnel that we need are probably my two greatest concerns.”

Although Strides is set to open on Nov. 1, Quarnstrom said some parts of the planning process are out of the township’s control.

“That’s our goal,” he said. “There’s a million things that are in play here. We believe we can make that happen, but we can only control certain aspects of this.”

He said he’s heard concerns from business owners on University Avenue who are concerned about the shelter’s potential placement in the Habitat for Humanity building. While he said the organizers will work to minimize those issues, it’s a complicated issue.

“Everybody so far believes there should be a shelter,” Quarnstrom said. “Some people believe it just shouldn’t be near them, and I get it … But the reality is, if we’re going to shelter homeless men and women in our community, we have to go where they are. If we build a shelter in West Champaign and it’s not accessible, then it really defeats the purpose.”

Overall, though, he said Strides has earned a positive response among members of CU and that many people recognize the need for a 24/7 homeless shelter, adding that it’ll put Champaign County “on the forefront of sheltering, especially as it related to a smaller community like ours.”

“It takes a community that has some passion and cares about their most underserved to address those things, and I think we are that type of community,” Quarnstrom said. “Our community members recognize the importance of sheltering the unsheltered, addressing their needs, and that ultimately makes our community a better place.”

Few Places Have More Medical Debt Than Dallas-Fort Worth, but Hospitals There Are Thriving