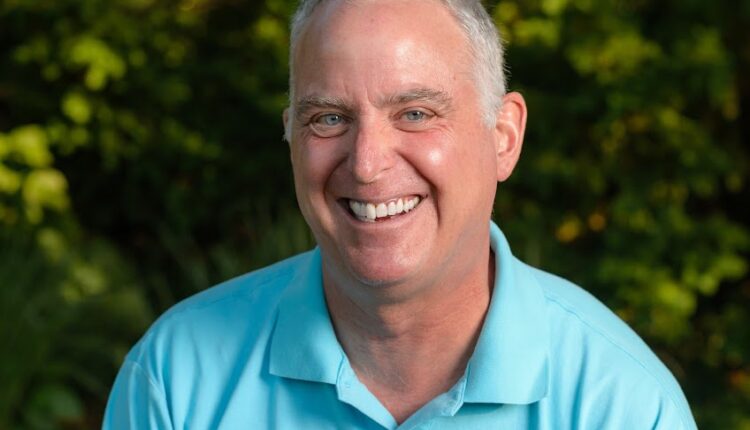 Charles Ward Schumacher, 62, of River Forest, died on Sept. 22, after a battle against colon cancer. Throughout his struggle, his spirit remained, as a close friend put it, “on brand with who Charlie was, a loveable, gentle and kind human.”

Born in Champaign, Illinois and an Eagle Scout, he graduated from Champaign Central High School, and the University of Illinois, with a BA in political science. While at the U of I, he was a DJ on WPGU, the college radio station, and after graduation, he went into journalism. As a producer for CNN, he covered Republican and Democratic National Conventions what happened in China during the Tiananmen Square Massacre, supervised the channel’s coverage of the OJ Simpson chase and arrest, and the 1990 Gulf War.

He then became an executive producer at WFLD-Fox 32 in Chicago, and was producer of their 9 pm newscast. After five years, he became assistant news director at WGN-TV and, later, the senior news director at Comcast SportsNet. He ended his journalism career as a reporter/managing editor at Rivet Radio, and returned to his first love, photography, by starting his own photography business.

Throughout his life, he remained passionate about music and vintage audio, sports, motorcycle touring, and sports cars. In recent years, he spent his time restoring and driving his orange MG convertible around the streets of the River Forest-Oak Park area, and spent many hours playing tennis at the River Forest Tennis Club. Above all, he loved and was absolutely devoted to his two children, Kate and Will.

Charlie is survived by his parents, Larry and Elaine Schumacher; his children, Kate and Will Schumacher, and their mother, Florence Hackman-Schumacher; his brothers, John Schumacher (Carol Stack) and William Schumacher (Paula) and his sister, Lisa Simpson (David), as well as many nieces and nephews.

As Charlie was known for hosting epic celebrations that marked his gregarious, outgoing nature, and as he neither deserved nor would have wanted a somber, subdued remembrance, an appropriate celebration of his life will be announced at a later date. Ever the Illini at heart, he will be laid to rest at Mt. Hope Cemetery in Champaign, along the extended 40-yard line of nearby Memorial Stadium.

Donations can be made in his memory to: Illini Media Alumni Network, 1001 S. Wright Street, Champaign 61820.

Arrangements were handled by Peterson-Bassi Chapels. For more information call 708-848-6661.