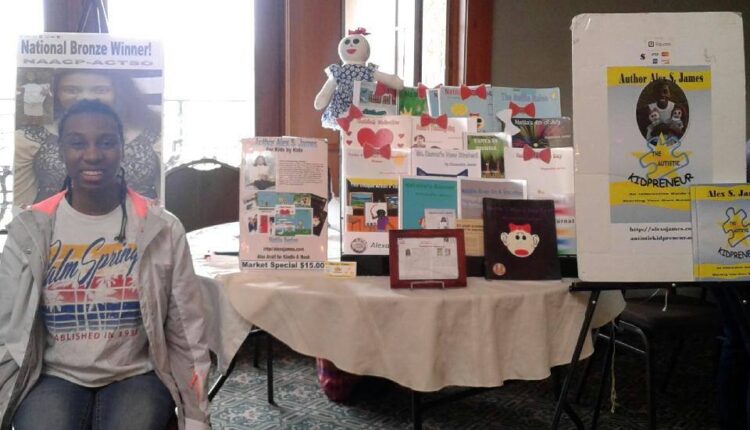 CHAMPAIGN, Ill. (WCIA) — Teens in Champaign County are getting offered a prestigious opportunity in an effort to achieve their lifelong passions and dreams. It’s called ACT-SO, or Afro-Academic, Cultural, Technological & Scientific Olympics, a program through the Champaign County branch of the NAACP. One such teen, Alexandria James, has already used it as an elevator to become an author and entrepreneur.

Alexandria’s literary journey began when she was six years old. Her late mother provided her a journal to keep her occupied and that birthed her passion for short stories. She became self-published by the age of nine. Near the age of 10 is when she already had four books completed and shared to the public on her free site, lulu.com where you can also purchase them.

It was in 2017 that Alexandria’s fondest memory thus far comes throughout her career. It was that year her literary works earned her national recognition in Baltimore, Maryland at the ACT-SO Olympics where over 700 high schoolers competed. Alexandria earned bronze for short stories, a moment she shares was truly overwhelming. It was also the year she graduated from the ACT-SO program, which she can volunteer for.

Beyond being an author and entrepreneur, Alexandria is also proud to serve as an example for those on the spectrum in showing them what doors can open through determination and bravery. That’s why her works have been featured during the CU Autism Network Expo, but also the local Farmer’s Market too. No matter where she’s presenting her novels, the joy and comfort she gets from writing remains inside. Something she hopes her readers experience themselves when they dive into the message of each book.

You can also learn more about her on Facebook by clicking here.