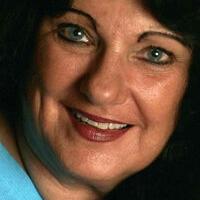 She was born Nov. 1, 1947, in Keokuk, the daughter of Eudora Mae Thompson Mecum Anthony Lawson and Lee Anthony. She was adopted by Lloyd Leland Lawson in 1949.

Marcia was united in marriage with Arthur Vaughan Jr. on May 2, 1963, but later divorced. She had two children from that marriage, Joseph Michael Vaughan and Robert Lynn Vaughan. She later married Jack Eicher and had one daughter, Jayne Leann Eicher. Throughout the years, she was also married to Otis Hinkle and Jerry Soper.

Marcia was a young mother and enjoyed raising her children working various jobs while doing so. She had an interesting life living in different states including Virginia, North Carolina, Missouri and Illinois, but came back home to Iowa as her favorite place. While married to Otis, who was serving in the military working for the Pentagon and living in Virginia, she attended formal dinners with him at the Pentagon among high ranking military officers and aspiring politicians. When Otis left the service, he became a truck driver and Marcia would accompany him traveling all over the US, even learning how to drive a semi. For the last 20 years Marcia was the devoted and main caregiver for her disabled son Robbie whom she adored and loved with all her heart.

Marcia loved to eat tacos, dance, play cards and board games, go to yard sales, plant flowers (she had a green thumb when it came to plants), and watch movies (sometimes over and over). Also watching Gunsmoke was a favorite pastime and she always took pride in keeping her house neat and tidy. She was also one of Elvis’ number one fans. She listened to Elvis radio and even had his song “I Can’t Stop Loving You” as her ring tone on her phone. She had a huge collection of Elvis figurines, pictures, a clock, music box, duffle bag, and anything Elvis she could get.

A graveside service will be at 2 pm Aug. 24 at Oakland Cemetery in Keokuk. A funeral procession will depart from DeJong-Greaves-Printy Funeral Home to the cemetery at 1:45 pm

Tributes and condolences may be left at www.dejongsfuneralhome.com.

DeJong Greaves Printy Funeral Home in Keokuk is in charge of arrangements.