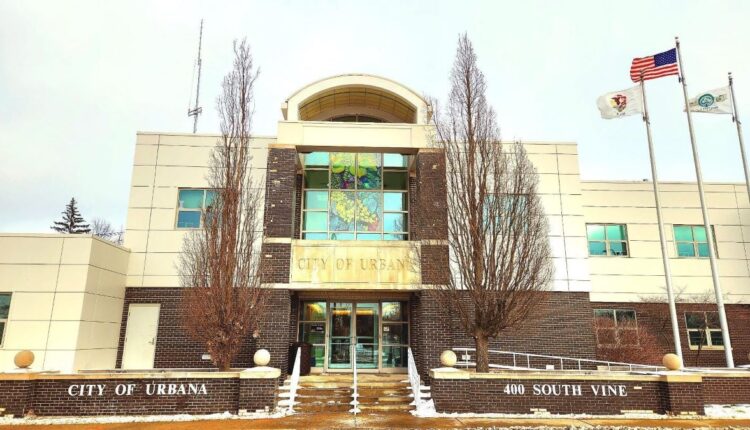 On Dec 19, Urbana City Council considered a resolution to approve a new collective bargaining agreement between the City of Urbana and the Fraternal Order of Police Lodge #70, which represents the officers of the Urbana Police Department. This new contract, which according to Urbana Ward 2 Alderman Christopher Evans has been negotiated in secret, is being rushed for approval more than six months before the current contract expires on June 30, 2023. In addition, the new 73-page contract was provided to the City Council only four days prior to the Dec. 19 meetings.

Why is such an important contract that will have a major impact on the City of Urbana and its residents being negotiated without transparency and rushed through the approval process? Because the new contract completely disregards the needs of the people of Urbana and preserves the almost complete lack of accountability of the UPD, while providing raises to police that will cost taxpayers nearly $1 million over the next three years.

Despite the shameful and deplorable tactics being used by UPD and FOP, the people of Urbana scored a minor victory by temporarily blocking the approval of the contract. Just days prior to the City Council meeting, local members of the Party for Socialism and Liberation organized an email campaign to urge Urbana alderpersons not to approve the contract. Several community members, including those from the ranks of PSL, appeared before City Council and gave public comments against the contract and the process by which it has been negotiated.

“While I strongly support the rights of workers,” said Lesley Owens, PSL member and local union leader, “police are expected to serve our community [and the] power they have means that they are not regular workers.” Owens cited the police’s status as public servants and the power they have over the community as reasons why greater transparency is needed. “When police make mistakes,” said Owens, “it can cost people their livelihoods and their lives.”

The coordinated efforts of the community in pushing back against UPD and urging City Council to more critically review the contract won a delay of the vote until early- to mid-January.

The UPD is using the collective bargaining process to increase their own financial security while completely ignoring the security threat they pose to the people of Urbana. Unfortunately, this is not a unique event. In September 2021, when the previous contract was proposed for approval by City Council, Check CU reported that contract was nearly identical to the previous one and failed to include any proposed amendments regarding “use of force, policing alternatives, de-escalation, de- escalation training, or any heightened standards for accountability.”

Now, just over a year later, the people of Urbana are in the same position. City Council is being bullied into approving a contract that does not address the concerns put forward by the people of Urbana regarding police transparency and accountability. According to Alderman Evens, the current City Council has allocated nearly $30 million in funds to UPD since 2021, while the police have made absolutely no concessions to the demands of the people.

In fact, UPD has recently been found to be in violation of their current contract and Illinois state law by distributing a police complaint form that is clearly unlawful. Further, the City of Urbana and UPD have been implicated in the illegal destruction of 40 years of documentation of complaints against police.

Despite the fact that UPD’s mission statement touts their cooperation with the community and their collaboration with the residents of Urbana, it is clear they are only interested in serving their own interests by protecting themselves from accountability and securing millions of dollars in additional funding.

The people of Urbana will continue to fight to hold local police accountable for their actions, to bring increased transparency to the collective bargaining process, and for public oversight of police activities. The police cannot keep us safe. Only we, the working class, can keep us safe through vigilance and collective action.