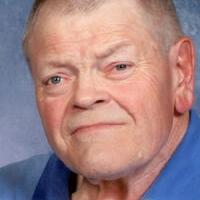 Danny graduated from Hamilton High School in 1962. In 1966 he was drafted into the US Army and attended basic training at Fort Leonard Wood, Missouri. After basic training, Danny was stationed in Amberg, Germany, where he achieved the grade of E-5. Danny received his honorable discharge in 1968.

After his military service Danny worked for Bowers in Macomb until 1971. From 1971 to 2005 Danny was a machinist for Morse Rubber/Metal Minerals in Keokuk. Danny was a journeyman machinist and a member of the United Steelworkers. He retired in 2005.

He was preceded in death by his wife Bev, in Feb. 2015; his parents; mother- and father-in-law; two sisters, Debbie Nelson and Sharon Limkemann; and a brother Jack Wildrick.

Funeral services will be at 11 am Monday, Aug. 15 at Immanuel Lutheran Church near Basco, with burial in the church cemetery.

Visitation will be from 9 am until time of services at 11 am at the church.

Printy Funeral Home of Hamilton is in charge of arrangements.

3 people, including a firefighter, hurt in house fire in Champaign County – WHIO TV 7 and WHIO Radio