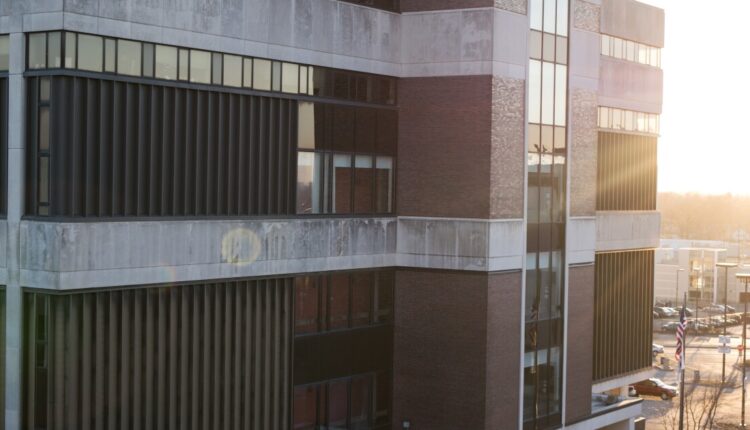 A Bloomington doctor accused of sexually assaulting a patient has asked that the charges be dropped because a Bloomington police detective allegedly lied to the grand jury that returned indictments against the physician.

Shaun Kink, 39, was charged in January 2020 with aggravated criminal sexual assault and sexual abuse of a patient he allegedly visited at her home to discuss paperwork she needed for her disability claim. In October 2021, Kink admitted to having sex with the woman, but claimed it was consensual.

Detective Jeff Engle interviewed Kink on Jan. 1, 2020, concerning the allegations of sexual assault. According to court filings by defense lawyer Peter Wise, Kink was given his Miranda rights, and 10 minutes into the interview, told the officer he wanted to present an attorney for the questioning.

Kink’s request came after Engle asked the doctor if he had contact with the woman outside of work or his office. Kink did not answer the question, according to a transcript of the interview filed in court.

In a Jan. 2, 2020, affidavit for a search warrant for Kink’s phone, Engle noted the suspect asked for a lawyer when asked about contact with the woman, according to Wise.

In his testimony before a McLean County grand jury on Jan. 22, 2020, the detective told the panel Kink had denied contact with the victim outside of medical appointments at McLean County Orthopedics where Kink previously worked.

“Falsely and deceptively painting Shaun Kink as a liar on the critical issue of whether he had seen (the woman) outside of a medical center was essential to securing an indictment,” states the defense motion.

Engle also misled the grand jurors about evidence related to the clothes Kink was wearing during the alleged assault, the defense argued in its motion.

In her Dec. 9, 2019, interview with police, the woman said Kink was wearing a black leather jacketed and blue scrub pants with a BroMenn Medical Center logo on the front thigh area of ​​the uniform. A review of surveillance video that recorded Kink’s arrival at the hospital shortly after the alleged assault showed him wearing scrubs without any logo and a jacket dissimilar to the leather jacket described by the woman, wise argues in his court filing.

In his grand jury testimony, Engle told the panel his review of hospital security video showed the doctor wearing the “exact same clothing” described by the alleged victim.

The defense further alleges that Engle’s testimony related to the woman’s permanent disability was false. The detective’s assertion that the woman required a wheelchair or walker was untrue, Wise argued. He noted that security footage from a store recorded the day of the alleged sexual assault shows the woman walking without assistance.

In its response, the state does not specifically address the defense claims but argues that the defense motion is untimely and should be dismissed.

A July 8 hearing is scheduled on the defense request to dismiss charges.

HoopStars tournament returns to Rockford for first time since 2020