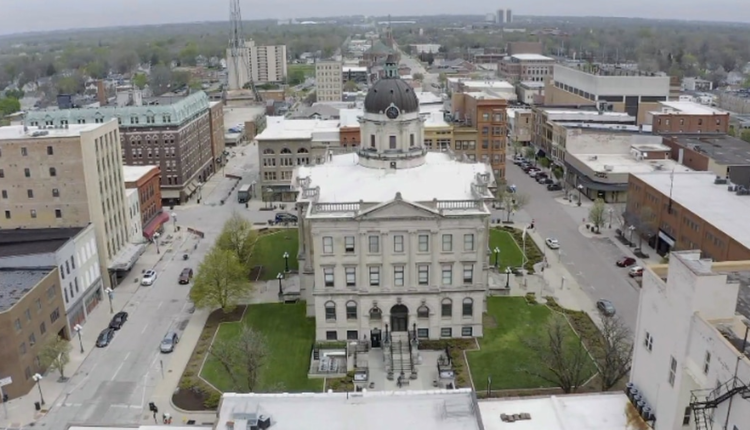 BLOOMINGTON (Heart of Illinois ABC) – On a 5-4 vote, the Bloomington City Council Monday night signed off on an agreement to pay an engineering firm $750,000 for a Downtown Bloomington revitalization plan.

It’s called a Streetscape design as Heart of Illinois ABC reported in late July and may lead to an estimated $25 million to $30 million worth of projects to help the historic downtown reach its potential.

The design work performed by Crawford, Miller & Tilly is expected to take a year to complete. The McLean County Chamber of Commerce, The Bloomington-Normal Economic Development Council and Mayor Mboka Mwilambwe all supported the expenditure.

The mayor said not acting now would harm prospects for the city to get state and federal grant money to help downtown, and it won’t take money away from road and sewer projects.

Council members Grant Walch from Ward 1, Donna Boelen from Ward 2, Sheila Montney from Ward 3, and Nick Becker from Ward 5 all voted no.

Becker said a 5-4 vote is the worst possible scenario for the council trying to take a united stance favoring downtown redevelopment. He proposed renegotiating with the engineering firm to spend only about $150,000 and draw up a plan in only about a month.

“I’m actually fine with going with the Cadillac plan. I do that a lot in my work, but I’m responsible for the taxpayers’ money and I don’t think we need to spend ($750,000) to achieve the goal,” Becker said.

Councilwoman Boelen said she voted no because she thought the money should come from reserves.

From Book Stacks to Psychosis and Food Stamps, Librarians Confront a New Workplace