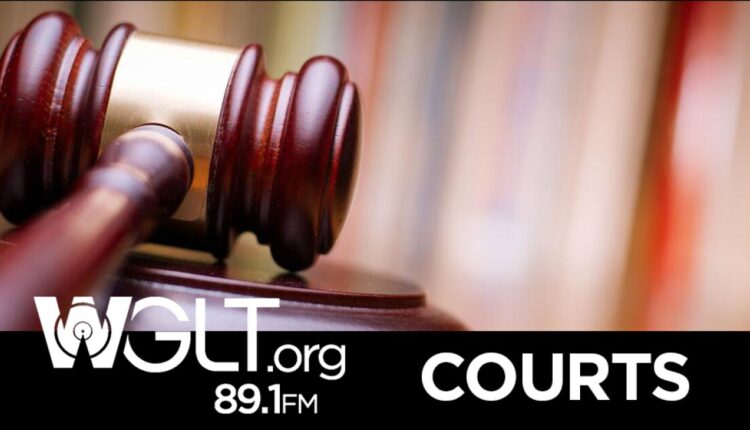 Former Bloomington doctor Shaun Kink started his day on Tuesday charged with criminal sexual assault, charges that could have sent him to prison for decades.

Before lunch, he left the courtroom headed for jail where he is expected to serve half of a 120-day sentence for misdemeanor solicitation of a sex act.

The felony counts filed almost two years ago were dismissed in a plea agreement between Kink and prosecutors and accepted by judge Casey Costigan.

Kink, 39, was accused of sexual assault and sexual abuse of a female patient, who told police the orthopedic surgeon came uninvited to her home to discuss paperwork she needed for a disability claim. Once inside her residence, the doctor forced her to engage in sexual activity, according to the charges.

The doctor’s denial of the woman’s accusations changed in October 2021 after forensic test results could not exclude Kink as a contributor to DNA evidence. Defense lawyer Peter Wise said Kink would admit having sex with the woman, but insist the interaction was consensual.

In court Tuesday, Kink appeared to laugh as the victim sat with prosecutor Mary Koll and disclosed graphic details of the incident from a lengthy victim impact statement.

The woman described her decision to open the door of her home to kink that morning as “the worst mistake of my life.” The doctor forced her to complete a sex act in exchange for help with a disability claim, she said.

The trauma of the incident, combined with her ongoing medical and financial issues, has done nothing to change the woman’s mind about reporting Kink’s actions, according to her remarks.

Under the terms of the plea agreement, Kink cannot work in the medical field during his 18 months on probation. He also must complete recommended treatment and have no contact with the victim.

After the hearing, Wise called Kink’s conduct “a colossal failure to engage in a consensual sex act” with a patient.

He said Kink plans to work toward a return to medicine in the future, an effort he acknowledged will take “an extraordinary amount of hard work.”

Wise said he was unaware of his client’s laughter during the hearing, but “if he had a reaction, it’s because he disagreed” with portions of the statement.

Prosecutor Koll had no comment on the plea agreement.

In pretrial hearings, Wise characterized the victim as “an embellisher and a liar” who offered several versions of her story to investigators. The defense also attacked potential testimony from two other women who told police Kink also had touched them inappropriately during examinations.

Koll earlier questioned the reliability of Kink’s statements, noting his initial denial of any contact with the victim outside of appointments.

Kink previously worked at McLean County Orthopedics a foot and ankle specialist. Following his arrest, Kink was placed on leave by the orthopedics practice; his privileges at both local hospitals were suspended. His medical license has been revoked by the state. A civil case filed by the alleged victim is pending in McLean County Court.