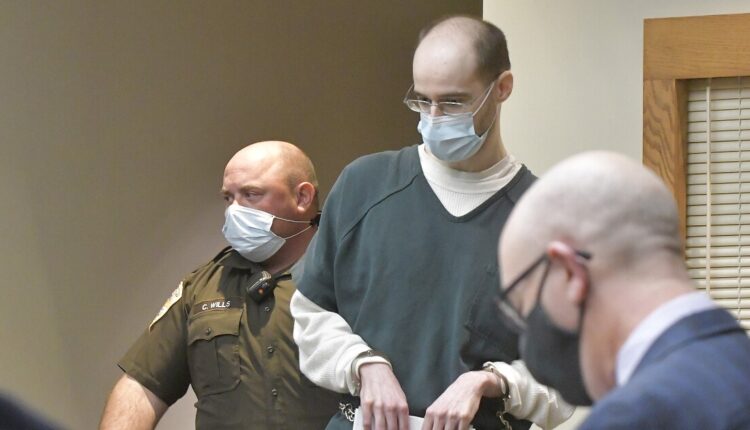 In a lengthy ruling on Friday, a judge found a former Bloomington piano teacher guilty of predatory criminal sexual assault and child pornography production on a young student who was videotaped and engaged in sexual acts with the teacher.

Aaron Parlier, 40, was charged in 2018 with sexually abusing and illegally admitting six students between 2009 and 2016.

Judge Casey Costigan read his verdict in a courtroom that included Bloomington police officers who worked on the investigation and Adam Ghrist, the victim’s attorney, whose allegations against her piano teacher were at the center of the first trial.

Ghrist said the family did not comment on the verdict.

In his 15-minute verdict, the judge said the state had produced compelling evidence that Parlier filmed sexual acts with a girl under the age of 13.

“The defendant’s own actions” during the videos “absolutely convinced the court that he was the one who shot,” Costigan said. The graphic video showed Parlier, who was in his thirties at the time, instructing the girl how to perform sexual acts.

Parlier faces 120 to 900 years in prison when he is sentenced on January 14th.

After the verdict, prosecutor Don Knapp and prosecutor Erika Reynolds thanked the police for their work on the case and the victim for their cooperation. He also thanked the Children’s Advocacy Center for their help.

Knapp said he was “proud of the victim’s astonishing courage to come forward”.

Parlier did not testify at his trial, and the defense did not provide other witnesses or evidence.

The strongest evidence in the state came from the victim’s mother and an hour-long disturbing video showing the girl and Parlier engaging in sexual behavior. The state claims the girl was under 13 when the video was created, an opinion supported by the girl’s mother, who estimated the child was 8 or 9 years old at the time of the abuse.

Prosecutor Erika Reynolds was reluctant to hear defense attorney Adam Bolotin’s suggestions that the child’s language and behavior were not those of an innocent young girl. The innocence, Reynolds said, was stolen from her piano teacher.

Reynolds told the judge the state intends to push a trial of a second alleged victim in February.

Defense attorney Gal Pissetzky said Parlier would appeal the verdict. He said a search warrant issued in a house where police confiscated the laptop with child pornography will be an issue on the appeal.