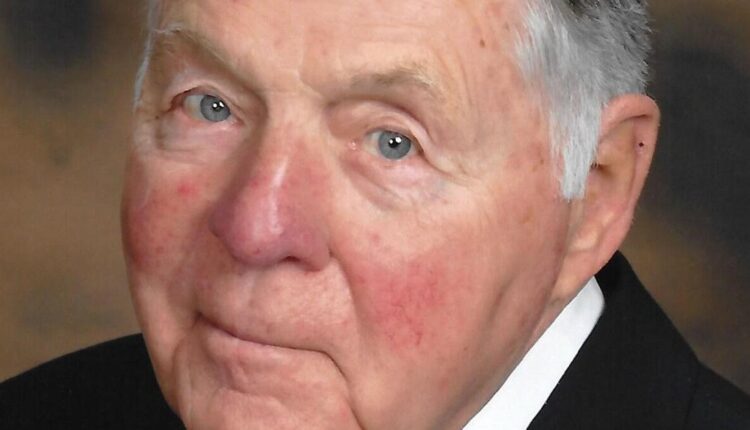 He was a 1947 graduate of Danville High School in Danville, Illinois. He attended the University of Illinois and served in the US Army during the Korean conflict.

John enjoyed a 55 year career in the insurance industry where he received many industry awards. He spent most of his career with the Massachusetts Mutual Life Insurance Company. He was a past president of the Danville Underwriters Association.

John had a great love for the lakes and beauty of northern Wisconsin and bought a family cabin there in 1967. In 1980, he moved from Danville and started his business in Eau Claire, Wisconsin to be closer to his family (son). and the lake property. His service to his community continued in Eau Claire.

He bought several homes in Arizona and Indiana, dividing his time between Arizona and Wisconsin and eventually between Wisconsin, Fishers, and Ft. Myers, Florida. John loved the sunshine and the warmth!

John is led to his death by his parents; 43-year-old wife, Melva J.’s brother; and his son Robert “Bob” E. Brother.

Services will not be held at John’s request. The cremation rites and funeral will take place at Springhill Cemetery, Danville, Illinois, alongside his wife Melva and son Bob.

Monuments can be dedicated to the Parkinson’s Association or a charity of the donor’s choice.

Plant a tree in memory of john brother jr. As a living tribute, please visit the Tribute Store.