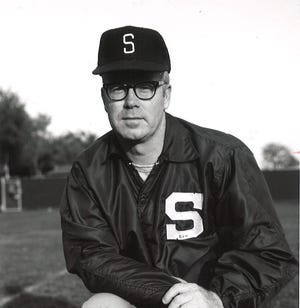 Gene Kenney, the founder of the Michigan State men’s soccer program who led the Spartans to two NCAA championships, died on June 8 at age 94.

“As the first coach in program history, Gene Kenney set the standard of excellence for Michigan State soccer, guiding the Spartans to a pair of NCAA championships,” MSU coach Damon Rensing said in a press release. “It’s a standard we still strive to reach today. He’s an all-time great Spartan who continued to positively impact our program and MSU athletics as an administrator for more than two decades after retiring from coaching. The thoughts of the entire Michigan State soccer community are with his family and loved ones.”

Kenney moved into an administrative role at MSU in 1970, taking over as assistant athletic director. He retired in 1994 and was named to the Michigan State Athletic Hall of Fame.

Kenney, who was born and raised in Urbana, Illinois, attended the University of Illinois, where he was a member of the football and wrestling teams. After graduation in 1950, Kenney went to North Carolina as an assistant wrestling coach. Between then and being hired at MSU in 1956, Kenney served in the Army in Korea, received his master’s at UNC and worked toward a doctorate’s degree at Vanderbilt.

100 Million People in America Are Saddled With Health Care Debt