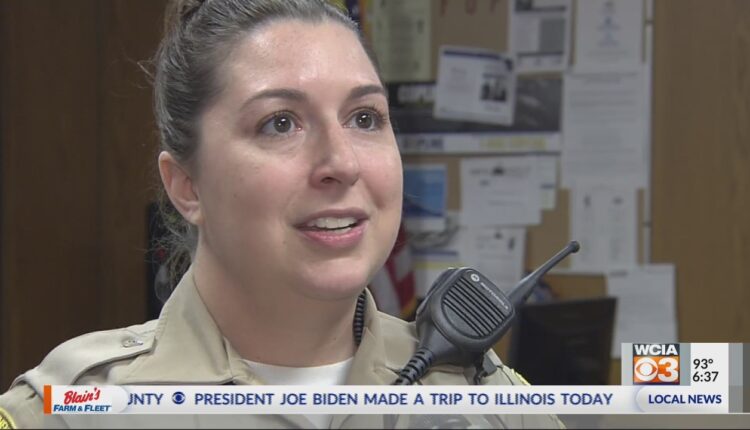 URBANA, Ill. (WCIA) — Patrol Deputy Amanda Reifsteck has been with the Champaign County Sheriff’s Office for about a year.

During that time, she says she’s realized it’s the path she wants to follow for the rest of her life.

“I love it. Every day is new. I’m learning every day. I’m engaging with our community every day. It’s the best feeling ever,” Deputy Reifsteck said.

She is Amanda Reifsteck, and she’s determined to protect her community.

“I love the feeling of coming to work every day. The feeling of having a job where you love putting on the uniform every day. You’re excited to get out there and see what the day holds for you,” Deputy Reifsteck said.

She says she first became interested in law enforcement after a tragic death in her family when she was only two. The Champaign County native says her career is about so much more than what you typically see on the screen.

“It’s not what you see on COPS. Some days it’s boring. It’s not always running and gunning like everyone thinks. Yeah, it’s what I expected and more,” Deputy Reifsteck said.

She encourages anyone who might be skeptical of law enforcement or simply curious about their work to see it for themselves.

“Before I did my internship, I had not done a ride-along before, and when I did a ride-along, it kind of opened up your eyes as to why we do the things that we do here, but until you really jump out there and see firsthand,” Deputy Reifsteck said.

She says people in law enforcement share a common goal. That is being an inspiration to their community and families.

“I have a nephew who dresses up and tries to mock my gear that I’m wearing, and it’s just great that I’m a good role model to my nieces and nephews,” Deputy Reifsteck said.

She says she would eventually like to become a detective, because she’s so detail-oriented, but she plans staying with the Champaign County Sheriff’s Office until she retires.