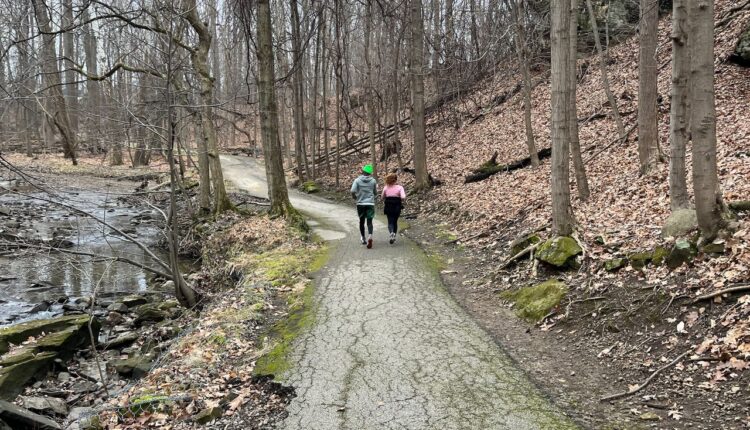 Subscribe to the Wake Up, cleveland.com’s free morning newsletter, delivered to your inbox weekdays at 5:30 am

Cleveland’s first snow this winter occurred on Oct. 18, when just over a half-inch of fur.

Then we got slammed by Winter Storm Elliott over the holidays.

This season’s average temperature is 40.8 degrees, a full 10 degrees higher than what we should be experiencing.

By this date last year, before a Martin Luther King Day storm, Cleveland only saw 6 inches of snow. By the end of the season, Cleveland had a total of 48.4 inches.

Jayland Walker: More than six months have passed since Akron police shot and killed Jayland Walker, 25. While the community waits for the investigation to close, it moves toward healing. Molly Walsh reports to organizations, including the Akron NAACP and the Akron Urban League, have planned a weekend of events in honor of the Rev. Martin Luther King Jr. and also plan on discussing the impact of Walker’s death.

Today in Ohio: A Republican rules package adopted in a party-line vote of the US House of Representation calls for creation of a new “Select Subcommittee on the Weaponization of Federal Government” to be run by US Rep. Jim Jordan of Ohio. We’re talking about the committee — which Democrats referred to as a “tin foil hat committee” — on Today in Ohio, cleveland.com’s daily half-hour news podcast.

State Rep. Derek Merrin, right, speaks with reporters outside the Ohio House chamber on Tuesday morning along with other Republicans who voted for him as House speaker. Merrin said even though Republican Jason Stephens was elected speaker last week, he’s the leader of the House GOP because he got more Republican votes. (Jeremy Pelzer, cleveland.com)

Republican leaders? State Rep. Derek Merrin is asserting that he is the leader of the House GOP, even though he lost the House speaker’s race to fellow Republican Jason Stephens last week. On Wednesday, Merrin vowed to push for House rules that lessen the power of the speaker, as well as advance legislation that Stephens has opposed, including a proposed state constitutional amendment to raise the threshold for passing future constitutional amendments, Jeremy Pelzer reports.

Abortion legislation: Republicans who control the US House of Representatives on Wednesday passed legislation requiring healthcare practitioners to provide medical care to infants who survive abortions and a resolution to condemn attacks on anti-abortion crisis pregnancy centers, Sabrina Eaton reports. US Rep. Jim Jordan of Ohio, a Champaign County Republican who heads the House Judiciary Committee, led the charge for both efforts on the House of Representatives floor.

Double dip: Attorney General Dave Yost filed paperwork to start drawing a state pension while receiving his annual salary as Ohio’s top lawyer, a spokeswoman confirmed Wednesday. The practice, which is legal and is known as “double dipping,” will allow Yost to receive state pension funds atop his annual salary, which was just over $121,000 last year, Jake Zuckerman reports. 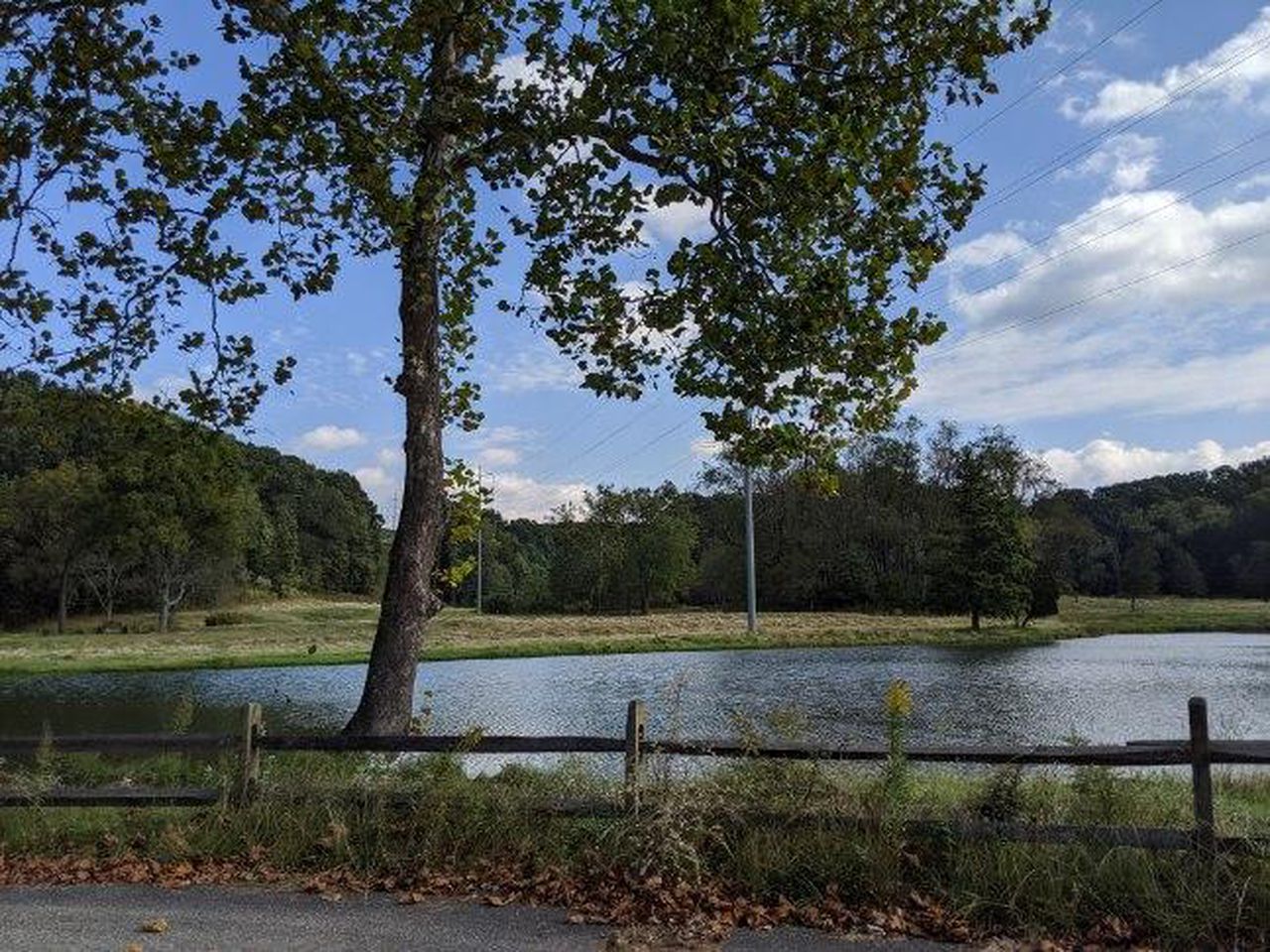 The former Brandywine Golf Course is now a part of Cuyahoga Valley National Park after being purchased by the National Park Service. (Photo by Zaina Salem, courtesy of Conservancy for CVNP)

Bike lanes: Cleveland City Council this week gave Mayor Justin Bibb the go-ahead to advance long-brewing plans to add 4.3 miles of protected bike lanes to Superior and Lorain avenues, reports Courtney Astolfi. The Superior Midway will include two-way bike lanes down the center of the road, from Public Square to East 55th Street. The Lorain Midway will run from West 20th Street to West 65th Street, with bike lanes running down one side.

Gas stoves: Recent comments by Richard Trumka Jr., one of several members of the US Consumer Product Safety Commission, made Americans fear the federal government was coming for their gas stoves. Peter Krouse reports Trumka clarified his comments to say no ban was contemplated. Then on Wednesday, the CPSC issued a broader statement saying there are no plans to take such action. 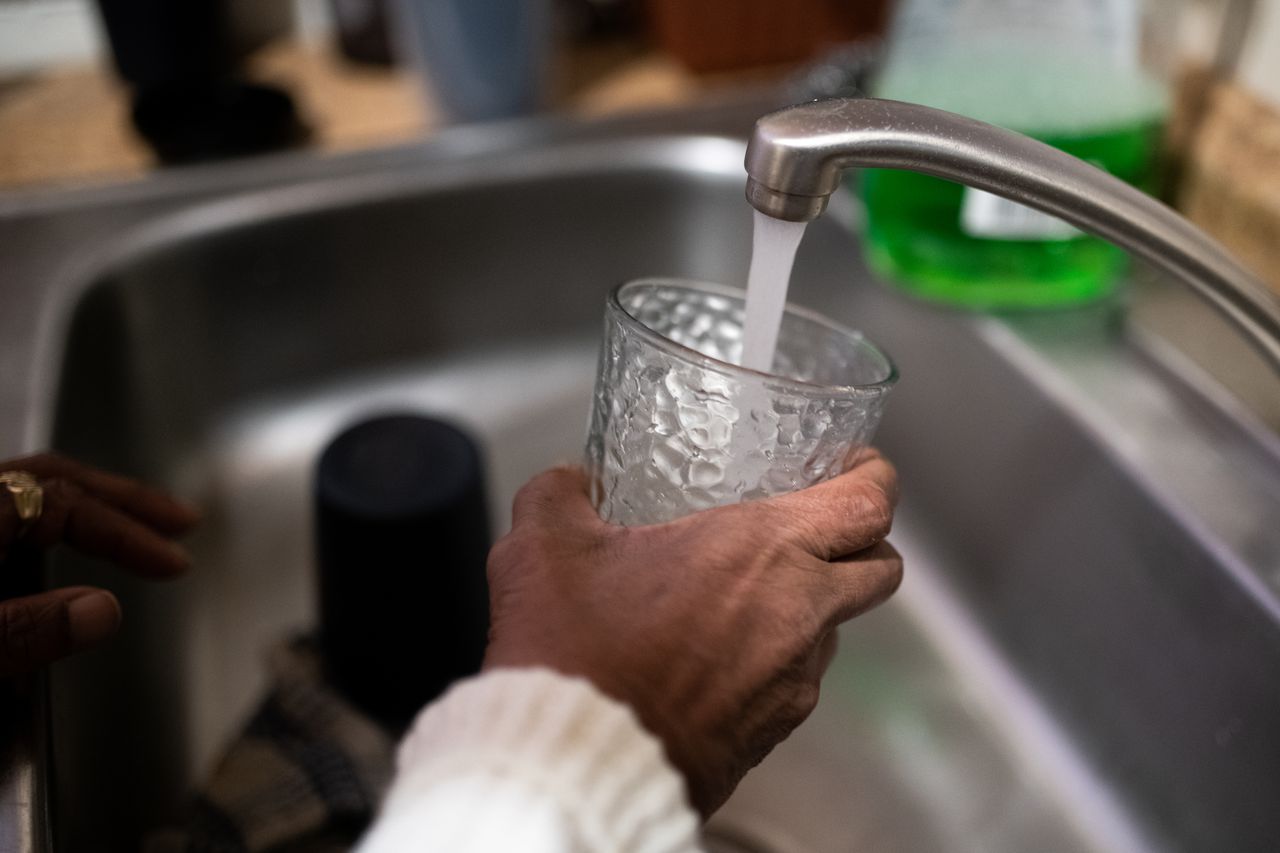 Tap water that is safe to drink is not necessarily safe to use in medical devices, says the CDC.Kriston Jae Bethel

Tap water: Water from your tap, while safe to drink, is not necessarily safe for all uses. Using tap water to clean contact lenses, fill a humidifier or for any number of other uses may potentially expose the user to unsafe microbes that could cause serious harm, reports Gretchen Cuda Kroen. A CDC study found that despite a general understanding that tap water is not sterile, a whole lot of people use it in ways they shouldn’t.

Hopkins flights: Flights into and out of Cleveland Hopkins International Airport were temporarily paused early Wednesday, part of a nationwide grounding caused by a computer outage at the Federal Aviation Administration. Susan Glaser reports the FAA said in a notice on its website that its Notice to Air Missions (NOTAM) system had failed Wednesday morning.

New Year’s resolutions: Ohioans are focusing on health, finances and seeing new places in 2023 – at least according to their Google searches. After comparing more than 60 different resolutions and countless variations of each in Google Trends, Zachary Smith finds that the state was on the same page for seven behavior-changing activities for 2023, based on searches in the first week of January compared to the previous year .

Electricity costs: Electric bills for many Northeast Ohioans will be higher than usual this summer because FirstEnergy, for the second time, had to buy electricity at a much higher price than it’s paying now. Sean McDonnell reports FirstEnergy agreed at a Tuesday auction to pay $97.70 per megawatt-hour for about one-third of the electricity it will start sending to customers in June.

Teen slaying: A Cleveland man was charged Monday with aggravated murder in the killing of a 14-year-old last summer in the Cudell neighborhood. John Tucker reports Cetewayo Fuller, 39, was charged in Cleveland Municipal Court with the July 19 slaying of Michael White.

Cancer lawsuit: A Euclid woman sued makers of hair relaxers, saying that chemicals used in the products aimed at Black women caused her uterine cancer. Alicia Smith, 46, used hair-straightening products since she was 13. She was diagnosed with uterine cancer in 2019 and has no family history of cancer, reports Adam Ferrise.

Death sentence appeal: An attorney argued Wednesday to the Ohio Supreme Court that the death sentence of a Garfield Heights armed security guard convicted of shooting and killing his girlfriend’s two children should be vacated because the jury wasn’t given complete instructions, reports Laura Hancock.

Poke & Ramen: You can find just about every type of fast-casual restaurant in Strongsville. But the southwest suburb has lacked any place that specializes in poke or ramen bowls until Corner 11 Poke & Ramen in the Ledgewood Plaza. Joey Morona reports the name comes from the original and only other Corner 11 location, which owner Thiwaporn Sirisuwan opened on West 11th Street in Cleveland’s Tremont neighborhood in 2018.

Virtual restaurant: K. Smith had been operating For Your Fries Only as a popup eatery and now is set to open a brick-and-mortar location at 819 N. Rocky River Drive on Monday. Smith got to know Nate Griggs, owner of the adjacent Berea Smokehouse, and the two discussed joining forces. But Smith’s business will operate mainly as a virtual restaurant. He said virtual restaurants and ghost kitchens are similar, reports Marc Bona.

Thanks for joining us this week in our redesigned Wake Up format. We appreciate the feedback you provided about our new look. Don’t forget, you can always find the latest Cleveland news by visiting cleveland.com. If you value the hard work of Cleveland journalists, consider becoming a cleveland.com subscriber.

— Curated by Laura Johnston with contributions by Cliff Pinckard

Cleveland police officer found dead in his home; cause of death is under investigation Read more

Bleeding and in Pain, a Pregnant Woman in Louisiana Couldn’t Get Answers