Illini land pivotal recruit for the class of 2023 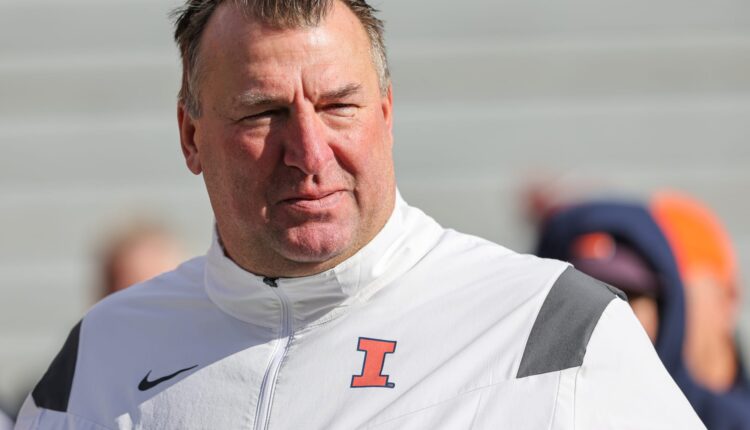 Illinois football is coming off one of the best seasons in recent decades, and now we are starting to add some of the top talent in the nation.

Since taking over as the Illini head coach back in December 2020, Bret Bielema hasn’t just started to turn things around on the football field. He is also turning things around when it comes to recruiting.

Bielema’s first recruiting class finished ranked No. 46 in the country, and it included seven top 1000 recruits and two of the top junior college transfers. He then followed that great group with another top-50 recruiting class.

After the early National Signing Day, Illinois sits with the No. 47 ranked class for 2023. That number is about to change, as Bielema and the Illini have now added one of the best recruits in the country.

On Saturday afternoon, Malik Elzy announced live at the high school All-American Bowl that he was committing to the Illinois football program.

The Malik Elzy commitment adds to a monumental class of 2023 for the Illinois football team.

Elzy isn’t just a regular recruit. He is one of the highest-rated recruits Illinois has landed in the past decade. He is currently rated as a four-star recruit and ranked as the No. 305 player in the class of 2023. He is also ranked as the No. 43 wide receiver in the country and the no. 4 player coming out of Illinois.

Illinois now sits with three top 400 recruits. The last time this happened was in 2019 when current Illini Isaiah Williams and Shammond Cooper joined the program, along with Marquez Beason. That class also produced Devon Witherspoon, who was a consensus All-American and will likely be a top two-round NFL draft pick.

Look for Illinois’ offense to be insane in the next couple of seasons as well. Elzy adds to an Illini class of 2023 that is loaded with offensive talent. He joins wide receivers Collin Dixon and Kenari Wilcher, who are both top 800 recruits. Illinois is also bringing in running back Kaden Feagin, who is a top 400 recruit, quarterback Cal Swanson, who is a top 900 recruit, and offensive lineman Brandon Henderson, who is a top 1000 recruit.

I was already impressed with Bielema’s ability to recruit but landing an in-state recruit like Elzy shows me that the Orange and Blue are going to be competitive for a while. The college football world better watch out for what is being built in Champaign.

Corvettes for Sale: The 2023 Corvette Z06 Hits AutoTrader, but You Better Bring a Banker!