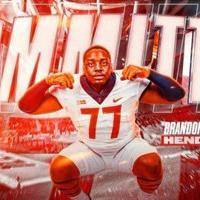 Henderson, who is also a three-star prospect, is a two-year starter at East St. Louis. The Flyers were the Class 6A state runners-up in 2021 and face Lemont in a Class 6A state semifinal on Saturday.

East St. Louis (10-2) boasts a stout offensive line with Henderson, four-star Alabama commit Miles McVay and three-star Arkansas commit Paris Patterson. The Flyers, who haven’t lost to a team from the state of Illinois this season, have rushed for 2,945 yards this season and thrown for 2,015 more yards.

The weird quirk about the University of Illinois?