Illinois helpless to stop panhandling thanks to US court ruling 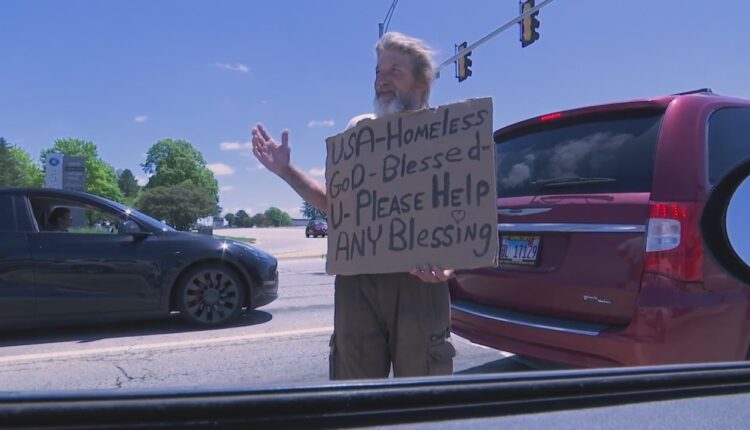 But, because of two federal court rulings, their hands remain tied.

“What we used to do in the past is send out Health and Human Services staff and go out and talk to (panhandlers) and say, ‘Do you need help?’ and connect them with services,” Rockford Mayor Tom McNamara said in a “Rockford on the Record” video segment. “If they said they didn’t need services, we’d have police go out and move them along.”

Today, McNamara, like other Illinois mayors, is still directing staff to offer services to panhandlers who say they need help with rent, food, and shelter. Having police order those who refuse that help to stop asking strangers for money, however, is no longer an option.

Is there a solution to the pan handling problem?

“Any services they need, we want to provide them,” McNamara said. “But now, because of the federal court’s ruling, we can no longer send police out there.”

Before the 2021 ruling, Rockford had an ordinance in place prohibiting “aggressive” panhandling, making it illegal for a panhandler to continue asking for a handout after someone refuses to provide one. Other Illinois cities banned panhandling altogether.

But, after two homeless men, Michael Dumiak and Christopher Simmons, filed suits against the city of Downers Grove, the court ruled that banning panhandling violates the First Amendment.

Similar suits have been brought against the city of Springfield. Judges in both cases stuck down the city’s panhandling bans.

“We, as municipalities, there is very little we can do,” McNamara said. “But we do continue to go out and ask them (if they need) help.”

McNamara said in Rockford, almost all panhandlers are known to city officials. He says those who refuse public assistance do so because they can often make more on the streets, largely because of the generosity of passersby.

“We still have good-hearted, kind-hearted people in Rockford who are providing them money without them having to do a whole lot of or changing much about their circumstances in life,” McNamara added.

The mayor says he encourages Rockfordians to continue giving, just not directly to panhandlers. The city’s message in its signage campaign is that panhandling is dangerous for those asking for money in the streets and those giving it. That’s why officials continue to remind the public that the best way to give to those in need is by donating to nonprofits that specialize in helping those in need.

“We have amazing organizations,” McNamara said. “Instead of giving someone on the side of the street $12, it’s going to help them for a very short period of time. That $12 donation could go to the Rockford Rescue Mission, as an example, and they can get three meals, case management, and a whole assortment of services.”