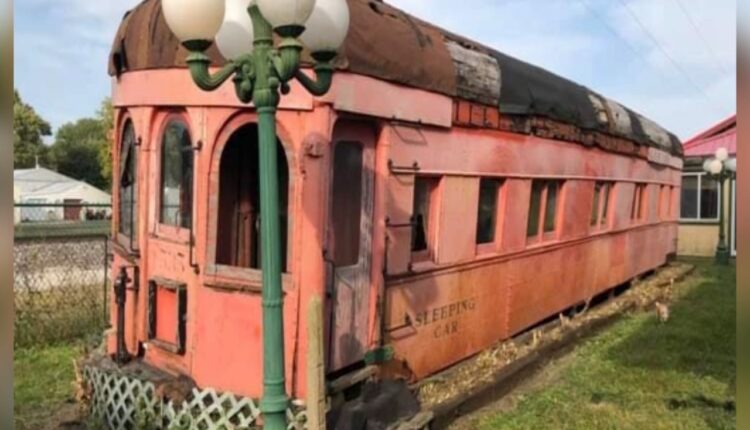 BLOOMINGTON, Ill. (WMBD / WYZZ) – David Parker of Bloomington, Ill. Is moving a 1911 sleeper to his property off Route 66.

He hopes to restore the electric car and make it an attraction for people to visit.

“The car has been in the Harristown Depot in Harristown Illinois, just outside of Decatur, for over thirty years,” said Parker.

The current owner of the Harristown Depot offered the car to anyone who wanted to take it away.

“We have successfully broken the car into two pieces and are planning to move in a few weeks to get both pieces to Bloomington and then reassemble them,” said Parker.

He said because he lives on Route 66, which is known for tourist travel, he hopes to turn it into an attraction to pay to maintain it.

“The two discussed ideas, one is a coffee shop or a tea room, that was my wife’s idea, she always wanted a tea room, the other idea was like an Airbnb that people could stay in,” said Parker.

He said the work of restoring a piece of history was remarkable.

The Rink – Blackhawks assign Lukas Reichel and eight others to Rockford