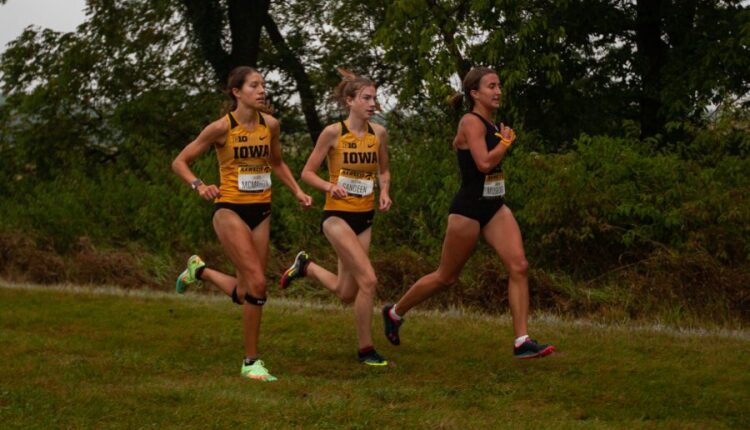 Both men’s and women’s Iowa cross-country finished in the top five overall at the Gans Creek Classic Friday morning in Columbia, Missouri.

At the third Hawkeye meeting of the year, the Iowa women finished third overall with 101 team points, while the men finished fifth with 138.

The Goose Creek Classic was the Iowa third meeting of the 2021 season and the Hawkeye women’s third top-three result.

The second Kelli Tosic set the tone for the Hawkeyes when she finished 12th in the 6,000 meter race with a personal best of 21 minutes and 24.8 seconds.

“I thought our women had their best team race in a long time,” said head coach Randy Hasenbank. “There were massive personal bests, but more importantly, we were very, very competitive today. Seven women at a distance of 28 seconds on almost 6.4 km of racetrack are very impressive. “

On the men’s side, senior Noah Healy and second Nick Tratter stepped back on the Hawkeyes as they finished fifth and ninth, respectively. The Gans Creek Classic is the third meeting in a row that Healy and Trattner landed in the top 10.

“The men did a lot better this weekend because this was the second 8000 meter race for many of the guys in the team,” said Hasenbank. “Our top 7 men have set personal bests over 8,000 meters. I was really impressed by how far some of these guys are only two weeks from the first 5 miles of their careers. “

Hasenbank said both the men’s and women’s teams at Hawkeye took steps in the right direction at the Goose Creek Classic Friday.

The Hawkeye women in the top 5 of all personal bests in their first 6,000 meter race. The men’s team also achieved five personal bests over the 8,000-meter distance.

The Hawkeyes will take another road trip to Peoria, Illinois on October 15 to compete in the Bradley Pink Classic. The women start at 3 p.m., followed by the men’s team.