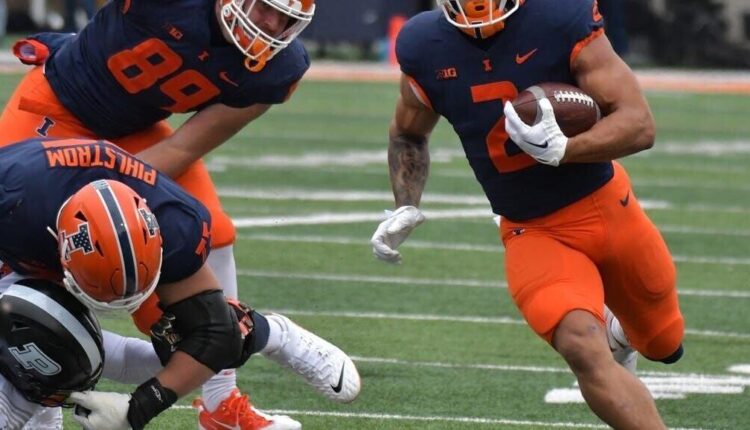 Illinois star running back Chase Brown announced Friday that he is declaring for the 2023 NFL Draft.

Brown was one of three finalists for the Doak Walker Award, which goes to the nation’s top running back. He finished third in the nation with 1,643 rushing yards, a total that ranks third in Illinois history behind Mikel Leshoure (1,697 yards in 2010) and Rashard Mendenhall (1,681 in 2007).

“Through the highs and lows, my time at Illinois has been the best experience of my life,” Brown wrote in his announcement. “I earned a degree, advanced as an athlete, and formed lifelong connections.

“… It has been an honor and a memorable experience to play for you all. I will always bleed orange & blue. After careful consideration, I have decided to forego the upcoming bowl game and enter the 2023 NFL Draft.”