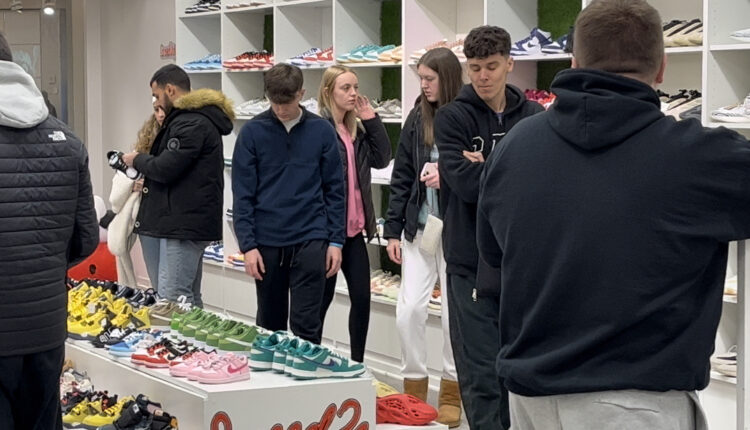 ROCKFORD, Ill. (WTVO) — The day after Christmas was a big shopping day in the Rockford area.

Because Christmas fell on a Sunday this year, many Stateline workers had Monday off, which means they had extra time to hit the stores.

Many residents used their extra day to return gifts that just didn’t work for them. Others were out treating themselves.

“I’m looking for some new shoes and a sweatshirt probably, stuff like that,” said local resident Miguel Gonzalez, who received $140 in Christmas money.

Shoppers stock up on snow shovels ahead of winter storm

Shoppers and merchants alike say they weren’t surprised by Monday traffic. According to a National Retail Federation survey, 70% of participants said they planned to shop the week after Christmas. And while stores didn’t see the record-breaking sales they saw earlier in the Christmas shopping season, the crowds were just as big.

“Our main traffic came a couple days before Christmas, that Friday,” said Zach Marrie, co-owner of Laced Up 815 at the CherryVale Mall. “And then (we are) seeing it again today. Everybody’s got their Christmas money coming back to the mall. It’s good to see that mall is still pretty busy. And it’s definitely comparable to Black Friday.”

The survey showed 18% of shoppers planned to return gifts the day after Christmas. Twenty-seven percent said they planned to use gift cards, and 47% of respondents said they would search for sales and promotions.

After-Christmas deals include clearance sales on holiday decorations and items, as well discounts on electronics, bed and bath items, and winter clothing.

The weird quirk about the University of Illinois?