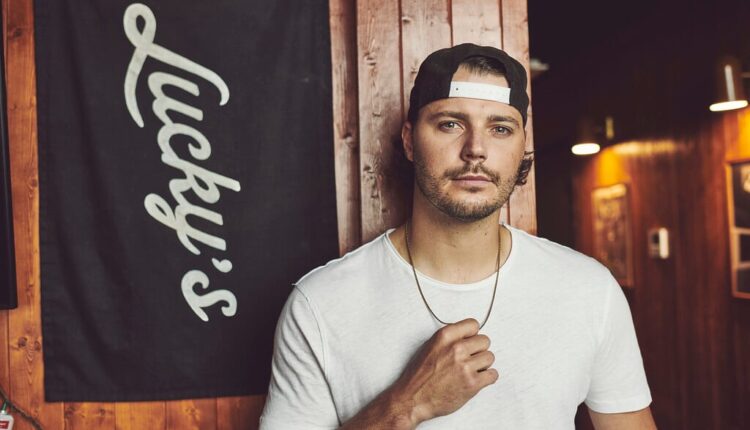 2022 saw Josh Ross confidently emerge as one of country music’s most promising artists with no plans to slow down. His evolution shines through on “trouble,” which reflects his country, pop/rock influences showcased through energetic vocals, introspective storylines, and emotional honesty. A follow-up to his Universal Music Canada debut track, “On A Different Night,” “trouble” marks only the beginning for the Nashville-based artist as he captures hearts across the globe.

Garnering over 32.1 million global streams, the CCMA Rising Star nominated singer-songwriter continues to mold his firsthand experiences into engaging, hit-making storylines while impacting an international music stage. Tomorrow, Josh embarks on his three-date sold-out trip with Bailey Zimmerman in Georgia, North Carolina and South Carolina. Throughout 2023, fans can catch Josh on stages across North America at some of the world’s largest country music festivals, including Boots and Hearts Music Festival, Cavendish Beach Music Festival, Country Thunder and more – see further below for dates.

Stay tuned for much more from Josh Ross throughout 2023 as he cements himself as one of this generation’s most promising country artists. Sign up for Josh’s mailing list HERE.

You can also listen to “TROUBLE” HERE

Echoing the primary themes of country in his pop-rock-infused way, Josh Ross’s take on love, work, and play is often documented through his whirlwind experiences. From moving to Nashville on the night of a tornado, leaving only a month later when a global pandemic arrived, to developing an ever-evolving career amidst the drawbacks of injuries, lockdowns, and conflicting relationships, Josh Ross is a country artist bound by the act of forging past and overcoming restraints. Josh Ross debuted as an artist with his independently released Top 5 chart-topping cathartic ballad on romantic losses, “First Taste Of Gone.” The track garnered stellar traction across North America for the Nashville-based singer. Capturing attention across the US with placement on Spotify’s top country playlists like Hot Country, New Boots, Next From Nashville, and Breakout Country, “First Taste of Gone” proved the rising Nashville star’s emerging presence in country music. In 2022, Josh pushed even further in his career with his major label signing to Universal Music Canada and The Core Entertainment, the management company specializing in discovering and championing new talent in music. Often writing from personal experiences, Josh Ross has delivered versatile lyrics throughout his collection of songs. In addition to “On A Different Night, and “First Taste of Gone,” his bustling catalog includes summertime anthem “Tall Boys,” his Live Sessions of “First Taste of Gone,” “On A Different Night,” and his TikTok fan favorite cover of The Goo Goo Dolls’ “Iris.” In November 2022, Josh Ross joined Jordan Davis, and Tyler Hubbard of Florida Georgia Line for a one-time-only performance at 109th Gray Cup on TSN and RDS on the Twisted Tea Gray Cup Halftime Show live from Saskatchewan’s Mosaic Stadium – watch his performance HERE. Josh Ross continues to carve out his place in country music across the nation with chart-topping music releases and performances on both sides of the border. Stay tuned for much more from Josh Ross throughout 2023 as he cements himself as one of this generation’s most promising country artists.