Justice for Jelani Day: It took 19 days to identify his body, but ONLY 2 days for Gabby Petito 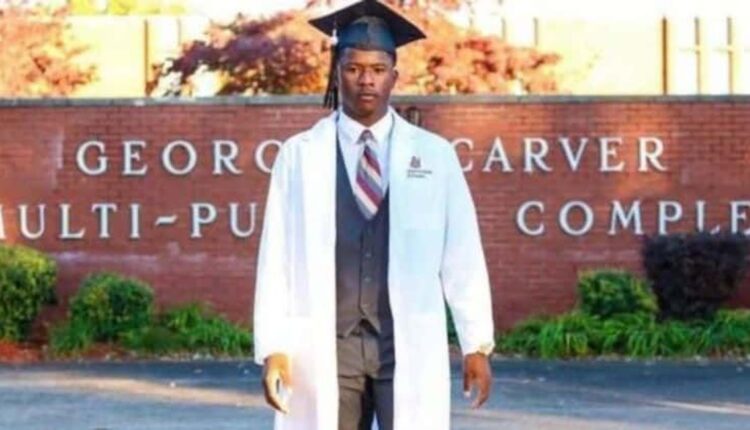 BLOOMINGTON, ILLINOIS: People have long argued about the fact that missing colored people receive less attention (and consequently less time and resources from the authorities) compared to missing white people. With national coverage of the Gabby Petito case, this debate has once again moved into national awareness as many began to compare the Gabby Petito case with that of Jelani Day, a black doctoral student. He was reported missing on August 25, before being found dead with organs missing in the Illinois River on September 4.

Additionally, people compared how Petito’s identification was completed within two days after her remains were found in a Wyoming national park on Sept. 19. However, it took authorities 19 days to identify the 25-year-old Illinois State University graduate. Day’s autopsy, performed by a private forensic pathologist, revealed that the body had no eyeballs, only sockets. It was also said that no brain, liver, and spleen were found in the corpse.

Jelani Day: The mother of a missing black student wishes he had attention like Gabby Petito

What stopped the identification of Jelani Day?

Previously, it was speculated that residual DNA may have slowed the identification process. But now state law enforcement officials said that was not true. Beth Hundsdorfer, Illinois State Police Department’s chief public information officer, made a statement to The Pantagraph stating that the corpse’s confirmation “was not linked to a backlog at all.” However, Hundsdorfer did not name the real reason.

Earlier, Illinois State Police Sergeant Joey Watson, explaining the process, said, “There are a number of mechanisms that laboratories use to ensure that an agency’s requests are honored, and the ISP strives to meet them Fulfilling needs through practices such as the use of overtime and outsourcing analysis to an external laboratory and referring cases to other ISP laboratories for support. “

Day was an aspiring doctor and a member of the Omega Psi Phi Brotherhood. A press release issued on September 23 by the LaSalle County Coroner’s Office, the LaSalle County Sheriff’s Office, the Peru Police Department and the Bloomington Police Department read: “Day was reported missing on August 25, 2021 on the evening of Monday, August 23, 2021 Jelani was seen on the Illinois State University campus on August 24, 2021, and his last known whereabouts were on Tuesday morning at 9:21 am Beyond Hello in Bloomington. On Thursday, August 26, 2021, Jelani’s vehicle was in Peru, Illinois. “

It added, “On September 4, 2021, an additional search in the LaSalle Peru area was conducted by members of the Illinois Search and Rescue Council along with other search agencies in the area. During the search, a deceased male was found floating near the south bank of the Illinois River, about 1/4 mile east of the Illinois Rt. 251 Bridge. “

Although Day’s cause of death is still unknown, the authorities called it “unusual”. John Fermon of the Bloomington Police Department said, “To foul or not, it’s unusual. Right off the bat was unusual. Should I say that it was suspected foul play, we don’t know. It was just so unusual and somehow suspicious that it piqued our interest in ‘Hey, this is not how a missing person case normally works’. “

Meanwhile, people on social media are calling authorities wondering why it took so long to identify Day while Petitos was done in a matter of hours. One person wrote on Facebook: “Who killed him and why? Why don’t we talk about who killed jelani or why ???? Oh, but you all wanted to have these questions answered for Gabby Sick !! ” The second commented: “I GOT AN ANSWER WHY IT TAKES SO LONG TO IDENTIFY HIM. SIMPLY THOUGHT, HE IS A YOUNG BLACK MAN … “” IF YOU WERE BLONDE HAIR, BLUE EYES, OR IF HE WERE WHITE, YOU WOULD HAVE FASTER TO FIND OUT THAT IS THE BETTER TRUTH, “added the third.

One user tweeted, “The fact that what happened to Jelani Day doesn’t make it into the mainstream media is gross, he deserves justice and the respect that hasn’t been shown to him. The way he died is really disgusting and needs a thorough investigation #JelaniDay. ”Another wrote,“ If he were white, it would be all over the news. #JelaniDay #BlackLivesMatter. ”“ The fact that Jelani Day organs were missing in his body is a mystery to me !! His liver, spleen, and other organs. Hell, even his eyeballs, teeth and jaws !!! My question is why the hell is this not gonna pay more attention ?? !! This shit is sad !! #JELANIDAY, “was a tweet.

The fact that what happened to Jelani Day doesn’t make it into the mainstream media is gross, he deserves justice and the respect that hasn’t been shown to him. The way he died is really disgusting and needs a thorough investigation #JelaniDay

The fact that Jelani Day was missing organs in his body is a mystery to me !! His liver, spleen, and other organs. Hell, even his eyeballs, teeth and jaws !!! My question is why the hell is this not gonna pay more attention ?? !! This shit is sad !! #JELANIDAY pic.twitter.com/s6RpNdQsYk

Community Clinics Shouldered Much of the Vaccine Rollout. Many Haven’t Been Paid.